Nashville rock pioneer Jack White has debuted another new track from his upcoming sophomore full-length, Lazaretto, which is due out June 10 via Third Man Records. The single, “Just One Drink,” follows instrumental romp “High Ball Stepper” and title track “Lazaretto,” which White first debuted by breaking a world recording for fastest recording to pressing to release on Record Store Day. In addition to standard digital and CD releases, Lazaretto will be released on vinyl and packed with special features, which Jack and Third Man are dubbing an “Ultra LP.”

Jack is also set to appear on the cover of Rolling Stone, in a new issue that will be available on newsstands later this week. The singer rarely opens up for personal interviews, and this one seems to cover the whole spectrum: musical influences, lyrical struggles, would-be hip hop collaborations, his aversion to technology (White still doesn’t own a cell phone), opinions on his peers, and more. Read a snippet here, and check out the cover, as well as “Just One Drink,” after the jump! You can catch Jack White live at both the nearby Bonnaroo AND Forecastle Fests this summer! 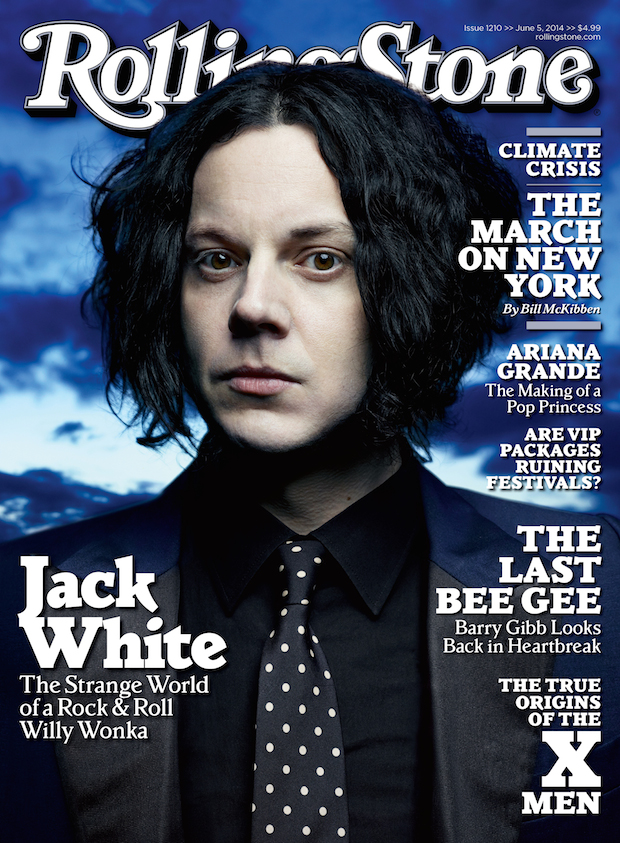