Bonnaroo Club Stage Band of the Day: The Bots 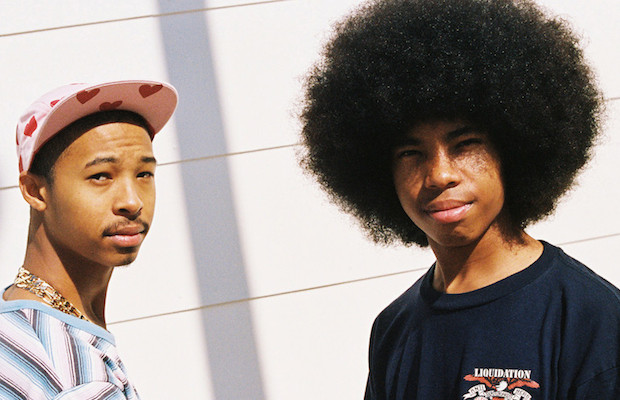 Imagine for a moment that you’re in a band. You’ve self-released three albums, been signed to a trendy label, participated twice in the Vans Warped Tour, blown minds at Coachella, and received praise from nearly every magazine deemed relevant in the world of music. Now, imagine you did all this before your 21st birthday and alongside your brother, someone you’ve been making music with for over five years, keeping you company all along the way.

This is exactly the case for LA-based sibling duo The Bots, who have been gaining acclaim, turning heads, and generating buzz everywhere they go. Their latest and first label-released EP, Sincerely Sorry, caught our attention with its crazy awesome single, “5:17” (the retro-inspired video for which we’ve included below). It is pure adrenaline. Remember how impressed you were the first time you heard the White Stripes? These guys are just as instantly likeable, with hard/fast heavy metal drumming, soupy, destorted punk rock garage guitar, and blues lyrics; a sonic, genre-trasnceding gut-punch of raw, youthful energy. We cannot wait to see what all the talk is about live and in person, and, after you sample the goods. we’re pretty sure you’ll be hooked too. Look for a new album from The Bots this summer, listen to their latest track below, and go see them on the farm!