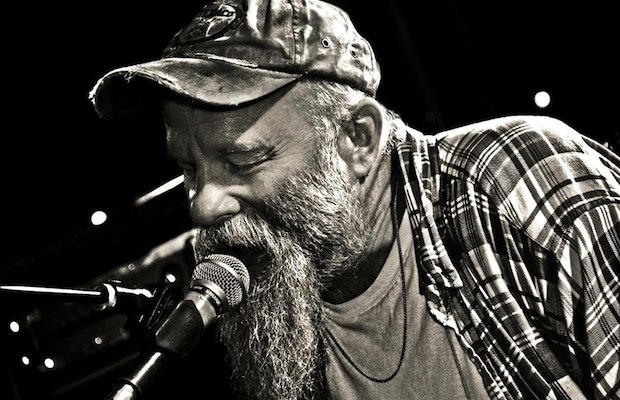 Often times at Bonnaroo, you’ll be exposed up and coming acts that haven’t quite broken into the mainstream just yet (see virtually every one of our Bonnaroo Club Stage Band of the Day features). Other times, however, you’ll get a chance to witness an established legend do their thing. As we creep towards the top half of the lineup, today’s Bonnaroo Band of the Day falls firmly into that second category. The act in question is none other than innovate modern blues artist Seasick Steve. This old timer has one of those life stories that sounds nearly impossible, but has emerged one of the most compelling and gifted later-career breakouts in recent memory, emerging after years of relative obscurity with a penchant for custom instruments and an innovate ear for modern blues-rock and folk music.

After becoming homeless and wandering the west coast throughout the ’60s, Seasick Steve managed to integrate himself into the music scene, becoming friends with blues artists like Joni Mitchell and Janis Joplin. Decades of busking and exploring him took him all over the world, and, settling for a bit in the pacific northwest, he managed to brush shoulders with Kurt Cobain and to engineer a number of early Modest Mouse records. It wouldn’t be until 2001, however, while living in Europe, that Steve released his first solo album, Cheap. The album blew up, leading to five subsequent full-lengths, and, suddenly, Seasick Steve found himself touring worldwide, appearing on television, and sharing the stage with the likes of Dave Grohl and Led Zeppelin’s John Paul Jones. By the way, Jones will be joining Seasick Steve on stage at Bonnaroo this year, which means you potentially could see two living legends at once. Currently, Steve is working on a collaboration with Jones, North Mississippi Allstars guitarist Luther Dickinson, and Jack White, and, clearly, is a definite a “must see” this year at the farm.

WATCH | “Started Out with Nothing” (Live)