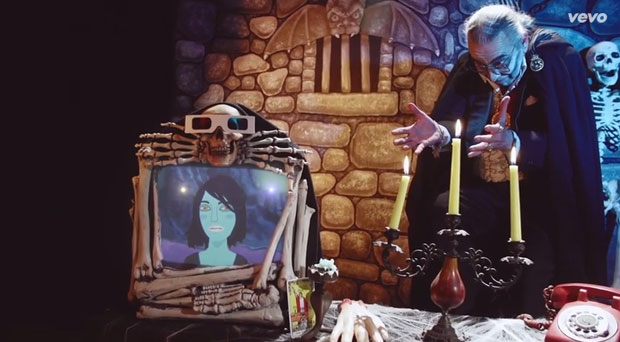 Sharon Van Etten is hard at work prepping the follow-up to 2010’s Tramp. To pick up steam for the May 27th release of the new LP, entitled Are We There, Van Etten released a video for the gorgeous crooner “Every Time The Sun Comes Up.”

In the video, an aging horror TV host struggles with a case of the Monday’s. It’s reminiscent of a depressing Vincent Price (or Count Floyd for the more pop-culturally adventurous). Van Etten makes appearances as a cartoon co-host and a stage hand. The song is full of those swoon-worthy vocals we love while sounding slightly rosier than Tramp material.

After the jump, follow along closely for an inventive take on the song lyrics. Then snag tickets to her June 21st show at the Exit In.