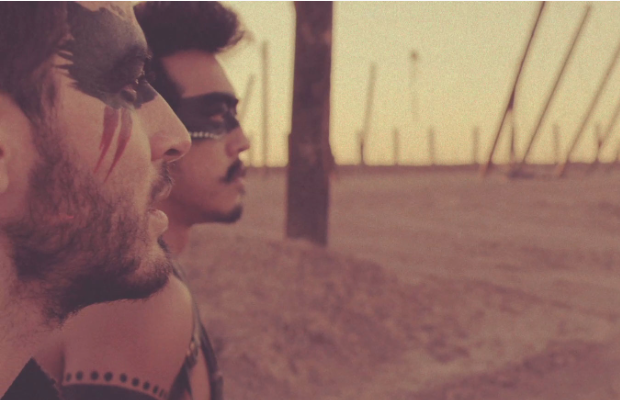 L.A. based indie pop duo Hunter Hunted have had a rather unique history as a band. While the group formed in January 2013, they got their real start a few weeks earlier, when their Mayan apocalypse themed track “End of the World” was released on December 21, 2012. Fortunately, the world didn’t end that day, and the band have managed to accomplish a lot since then, including recording their eponymous debut EP, Hunter Hunted. Sonically, the EP is very upbeat, vibrant, and chock full of energy; it’s definitely the kind of music that’ll fit nicely into the fold at Bonnaroo.

Based solely on the strength of their live show and 5 track release, the duo have gotten a chance to tour with the likes of Weezer and Fitz and the Tantrums, and have been invited to a number of different prestigious events, including a spot on Conan O’Brien. Currently, they’re are touring with twenty | one | pilots. What this all translates to is the fact that Hunter Hunted have spent a ton of time in these last two years developing their stage presence across a number of high profile gigs, so they should be totally prepared to kill it at Bonnaroo this year.