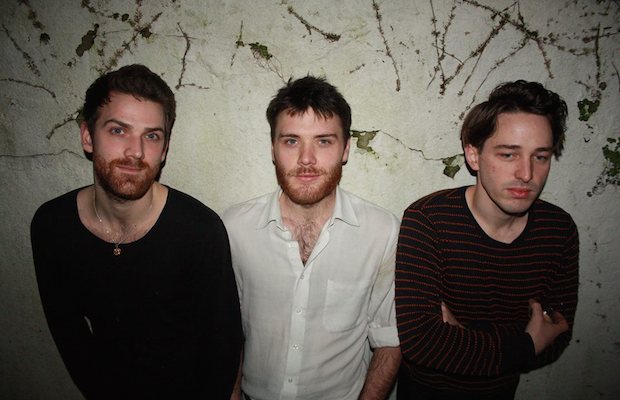 Coming to us all the way from Brighton over in the UK, today’s Bonnaroo Club Stage Band of the Day is indie pop trio Kins. This group often draws comparison to alt-j, which isn’t entirely unfair, as both acts tend to produce bass heavy, electronically influenced tunes that are easily danceable. In fact, we’re pretty sure already that Kins is going to a be a favorite on the farm, just because of the sheer motion and groove of their tunes. While much of their music does feature vocal melodies, the band isn’t afraid to jump into extended jams and solos section (again, perfect for Roo), as evidenced by the video for their track “Aimless,” embedded below.

So far, Kins have only put out one self-titled album, but we’re hoping that new tunes will be in the works in the near future. Kins featured the single “Mockasin’s,” which is, by far, the band’s best-known track. Like much of the rest of the album, “Mockasin’s” features powerful drum lines which are nicely complemented by some smooth, reverb-ladden guitar tracks and a pleasant vocal melody. All in all, these guys seem to know what they’re doing, and for a debut album, it doesn’t get too much better than Kins. We highly encourage you guys to check this group’s tunes out below, and if you choose to see them at their first ever Bonnaroo performance, we’ll see you there!