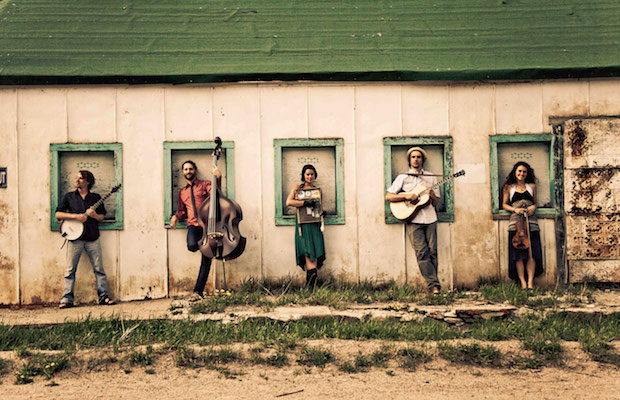 If you’re in need of a break from the pop/rock bands that tend to litter Nashville venues, then head on over to 3rd and Lindsley, where Elephant Revival will be playing TONIGHT along with Grace & Tony. Tickets are only $15, which, by today’s show standards, is often considered a bargain. Besides, Thursday is just another name for Pre-Friday – get out there and enjoy yourself in preparation for the weekend, and find out more about both bands below.

Elephant Revival offer a transcendental alternative in the world of live music to the usual genres that get showcased in Nashville. This band, who refer to themselves “Elephants,” hail from Colorado, and are a folk/americana/experimental group of five. All of them can sing and play instruments, which is a delightful change up from the usual “I sing, therefore I’m the frontman” setup. Not only are Elephant Revival out to change the world musically, but the band are incredibly active with organizations such as Calling All Crows and Trees, Water & People. With a group this committed to the planet, how can one not go out to show them support?

Now here is a love story at it’s finest. Tony saw Grace play years before they became a band, and he developed a major crush. In an attempt to get close to her, he offered to have a jam session with the fellow musician – thus beginning a relationship that would eventually end in marriage and the creation of the duo now known simply as Grace & Tony. In an interesting combination of two genres the husband and wife enjoy, the artists define their group as “punkgrass.” To see what they mean exactly, check out the video below.

Elephant Revival and Grace & Tony will perform TONIGHT, May 1, at 3rd and Lindsley. The show is all ages, begins at 8PM (doors at 6PM), and tickets are available for $15.