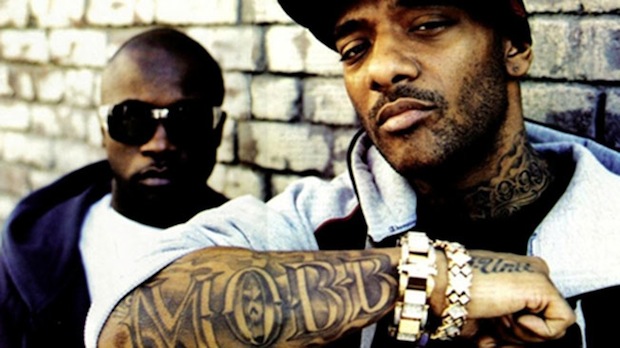 Nashville hip hop heads rejoice! Thanks to Red Bull Sound Select, the infamous, untouchable, legendary Mobb Deep are rolling into town and are ready to put it down at Exit/ In. Best part of all? You can be there for only $3 if you RSVP at here! At that price, space will quickly become limited, so act now because you need to RSVP to get in, and show up early because admission will be first come first served upon arrival. Music starts at 9, but doors open at 8, so get there before it inevitably sells out!

To see what pioneering NYC MC duo have been up to as of late, and to find out more about local rhyme spitters Jung Youth and Openmic, click on after the jump. Supporting shows like these really are a step in the right direction if our fair city really wants to be considered a Mecca for all music (not just country), so let’s hope it’s a hit! Don’t wait and miss out; be part of this exclusively epic night of hip hop in Music City!

Arguably one of the greatest tandems in hip-hop history, Prodigy and Havoc (Mobb Deep) represent the borough of Queens in NYC. The Big Apple is the birthplace of hip hop, and has nourished some of the greatest talents in the art form over the years (Biggie Smalls, Jay-Z, LL Cool J). Each borough’s music has a uniqueness to it, and rappers/DJs take pride in representing where they come from. Along with another famous MC, Nas, Mobb Deep put Queens on the map in the ’90s into early 2000s, with hip hop anthems such as “Shook Ones.” Like any group that have made music together for over a decade, there have been some bumps in the road, but the “official Queens bridge Murderers” are back and touring in support of their latest effort, The Infamous Mobb Deep which is available for download now on iTunes.

Local MC Jung Youth has been building his rep around town the old fashioned way; playing one show at a time. We saw him perform at Road to Bonnarooo and, even though he didn’t win, we were impressed with what he brought to the audience. We caught up with him awhile back to talk music and his EP flirkin’. Feel free to read all about in this post, and check out his music video for “There it Iz,” below. We love his Roots-style live backing band, which adds a uniqueness to his vibe/show, so don’t miss out on your chance to see one of his biggest gigs to date!

Openmic is another local MC who’s been on our radar for several months now. The versatile rapper just recently dropped For The Rebels 2, and we told you a little about in in this post. With a steadily growing reputation for rocking the crowd, he’s poised to help Nashville’s budding hip hop scene flourish for years to come. Check out some of his stuff below, and help support local music by checking out all three acts tonight!

Mobb Deep, Jung Youth, and Openmic will perform TONIGHT, May 1, at Exit/ In. The show is 18+, begins at 9 PM (doors at 8), and tickets are available for $3 if you RSVP at redbullsoundselect.com.