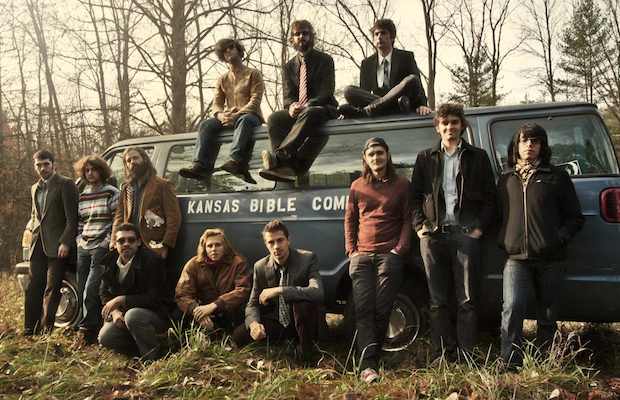 Has it really been two months already? This year’s Road to Bonnaroo season has come to an end, with horn-infused rockers Kansas Bible Company nabbing the third and final Bonnaroo slot, following in the footsteps of fellow 2014 champs Blank Range and ELEL. In a Road to Bonnaroo first, all three bands performed last (out of ten acts), a spot not usually as reliable, since a large number of audience voters often leave early. Though KBC’s win was well-deserved, they faced, perhaps, the toughest competition of the entire season.

Setting the bar incredibly high for the night, garage rockers Sol Cat kicked things off for what was the biggest early crowd of the season (and enough votes to land them in second place). All Them Witches followed with a powerful set, which fan favorite Guthrie Brown matched with an enthusiastic and passionate performance across the hall. By the time country revivalists Little Bandit took the stage, delivering one of the night’s standout turns with a little help from Kim Logan (they practically took us to church with their closing song), the place was shoulder to shoulder packed. Buffalo Rodeo brought a little bit of Bowling Green to the house, with a lively and passionate indie romp, then Frances and the Foundation kicked it up a notch with one of the edgiest and most rocked-out performances we’ve ever seen them deliver (complete with fog machines- nice touch!). Walking out to dim lights and boasting just a simple branded background, Plastic Visions owned the room with a rambunctious, unpredictable, and explosive set that saw frontman Kane Stewart climbing all over every thing in site. Keeping the momentum going, Grass Roots Kids brought their eclectic, indie stylings the The High Watt, before Bully wowed the room with their upbeat alt/pop sound and enthralling delivery. However, it was evening (and season) closers Kansas Bible Company, with their staggering 12-man lineup and unbeatable wall of sound, that brought a level of energy, instrumentation, and fun that no one else could match.

Bonnaroo 2014 is already looking like one for the ages, and it owes a lot to Nashville. Congratulations Kansas Bible Company, for being the latest addition!

Bonnaroo Band of the Day: Cherub