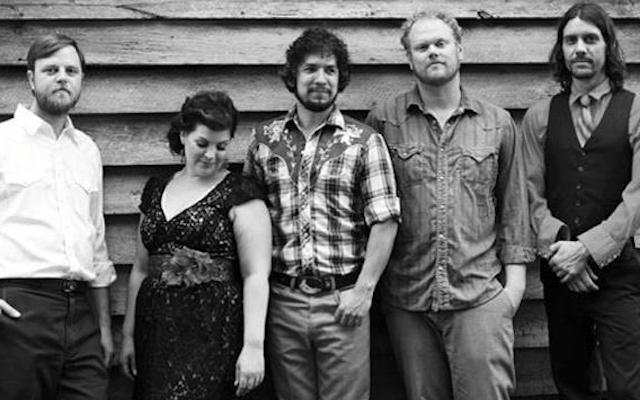 These last few years, it seems like practically everybody has gotten caught up in the Southern country/folk revival movement. The newfound popularity of that homey twang has allowed a lot of really interesting acts to flourish, including Knoxville based five-piece The Black Lillies. These guys have already proven their worth at the likes of Bonnaroo (way back in ’09) and SXSW, as well as through an impressive amount of touring around the country, with over 200 dates logged in 2012 alone. Not only that, but over the past five years and three releases, they’ve been praised by the likes of CMT and CMA, and have made more Grand Ole Opry appearances than any other independent artist.

The Lillies’ latest, Runaway Freeway Blues, is not only a record about the road, but one conceived on the road, before frontman  Cruz Contreras had even properly formed the band. Deeply personal in its themes and accessible in its arrangements, it marks the group’s best effort so far. With their easygoing yet intimate songwriting and performance style, The Black Lillies have amassed a loyal following and widespread reputation for being one of the most organic, eclectic Americana acts of today. It’s surprising that they’ve only made one Bonnaroo appearance thus far, so it’s no shock that they’ll return to the farm this summer. We imagine their songs will go perfectly with the setting sun and arrival of the cool night air at this year’s Bonnaroo, and we can’t wait to see them there.