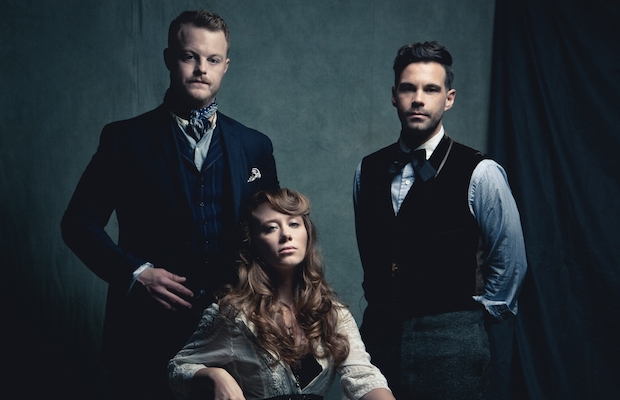 Whether it’s been Americana Fest appearances, opening slots at The Ryman for Dwight Yokam, or midnight performances at The Basement, Nashville residents have had more than a few chances to catch Brooklyn’s The Lone Bellow in the past year; just never at Bonnaroo. One of the most authentic, gimmick-free, and refreshingly original acts to come out of the recent revivalist-country/folk movement, the trio harbor a deep understanding and appreciation for the traditions of their genre, while updating their aesthetic to sound very in-line with the modern musical landscape.

Formed in 2010 by frontman Zach Williams, The Lone Bellow hit the ground running, performing their first-ever proper show in support of ‘Roo veterans The Civil Wars. The group’s songs are deeply personal, initially borne from a tragedy and subsequent miracle Williams underwent with his wife, and their sound is eclectic, channeling strong, soaring harmonies and a healthy balance of acoustic and electric instruments. Their debut full-length, last year’s The Lone Bellow, was recorded in New York and Nashville, and produced by Civil Wars’ producer Charlie Peacock. In just a few short years and with only one album, The Lone Bellow have already become one of the most well-respected and buzzworthy up and coming acts in the alt/country scene, and certainly show no signs of slowing down. They might be gracing a small stage this year at the farm, but they’re destined for main stage status before you know it.

LISTEN | “You Never Need Nobody”