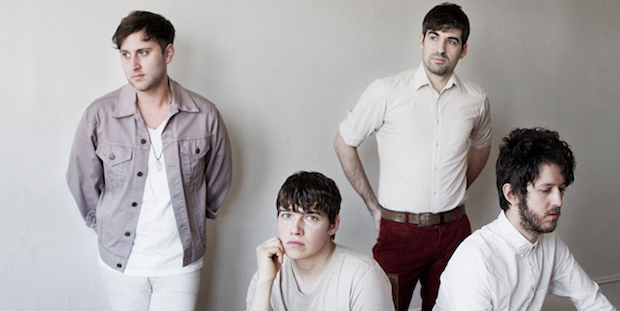 Shows come along sometimes when you wonder who the headliner is, shows that you would have paid the same admission price to see any of the bands.  That is exactly how we feel about the Small Black, Oberhofer, and TEEN performing tonight at 12th & Porter.  If you are familiar with these indie standouts, then you are probably already standing in line at the venue.  If not, read on, find out why we are excited, and meet your favorite new bands.

Brooklyn based Small Black have been on the rise since the release of their second LP Limits Of Desire in 2013.  Their sound is often lumped into the “chillwave” subgenre, but, after seeing them perform last year at Exit/In, we’d say it is more of a chilled out synth pop vibe.  The lead single off of Limits, “Free At Dawn,” shines, and it gives us a glimpse of what you can expect tonight.

Started as bedroom recorded pop project in 2008, Brad Oberhofer has certainly come a long way.  Oberhofer began releasing singles in 2010, and immediately began to gain enough traction to sign with Glassnote Records and begin touring with the likes of Sleigh Bells, Neon Indian, and more.  Their debut record, Time Capsules II, was produced by Steve Lillywhite, and the festival route was on.  They were a stand out at Bonnaroo a couple of years ago, and we’re excited to see them in more intimate confines tonight.  Have a listen to “Away Frm U” to hear the track that first hooked us.

A late addition to the lineup, TEEN is a perfect fit for this already buzz-worthy show.  The femme fronted, Carpark Record band was founded by Teeny Lieberson after a stint as part of the band Here We Go Magic.  She recruited her two sisters and a friend to round out the band, and they’ve been a buzz machine since they first started releasing records.  They first pinged our radar when their single “Better” started getting a bit of play on the satellite radio.  Have a listen to that track below, and make sure you get there on time for TEEN!