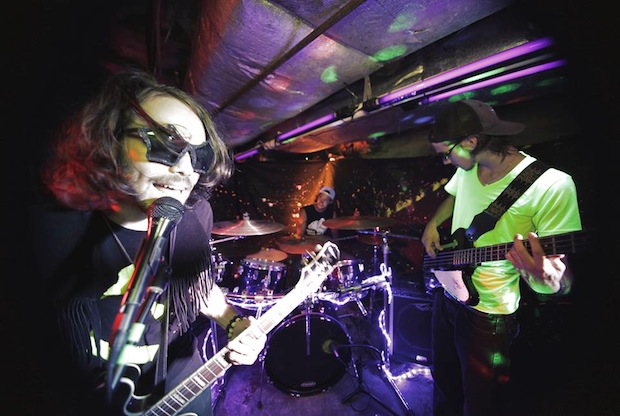 We’ve waxed a bit about local rockers Omega Swan.  We’ve described them as space-punk-rock-mash-up, and, with the release of their last single, we dubbed them “grungy, badass, rowdy, captivating, and steamy”.  These adjectives may describe a lot of the Omega Swan tracks that we’ve dropped on you previously, but this new live video really shows another side of the band.  The live cut of “Devil’s Roar” brings us down with a slow, bluesy, burner of a rendition that makes you take a second look to double check who’s actually performing.  Needless to say, we’re digging the track, and think you will too.

The video was recorded at the Track One Building at Last Wave Studio B.  Video credits go to Last Wave Productions.  There are no local shows currently on tap for Omega Swan, while they are busy tracking their next album.  At least you have the video below to keep you company while we wait for a show announcement.  Enjoy!