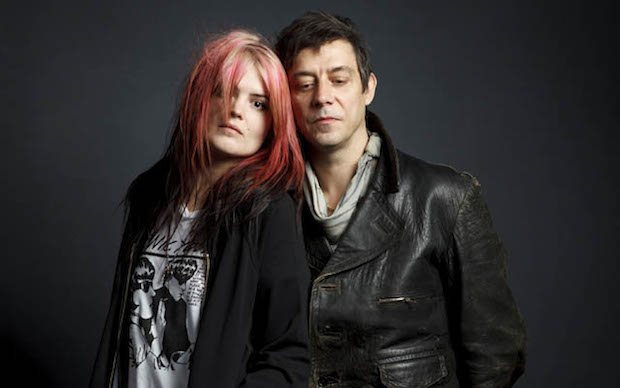 Oft Nashville related Alison Mosshart (The Dead Weather) and her british partner, Jamie Hince, bring their electro-rock powerhouse duo The Kills back to Nashville’s Cannery Ballroom on Friday May 30th. This is the first “public” Nashville appearance for the duo since their April 2011 performance at the same venue, though there was that October 2012 live-to-acetate special piece of awesome that took place at Third Man as well. Having been in the audience for both of those killer shows, it is only right that we bring this announcement to you now.

The Kills are still out touring in support of their 2011 release Blood Pressures, but their label (Domino) has confirmed that the band is working on another full length that we should be expecting sometime this year.  We do, however, know that her other partially Nashville based project, The Dead Weather, has an album in the can already.  We brought you the release of the first single from that effort a couple of months ago.  So, it sounds like we are going to be hearing a lot more from Mosshart in the next year… starting with The Kills show in May.  You can still grab tickets for that one right here, and you can check below for some highlights from The Kills.