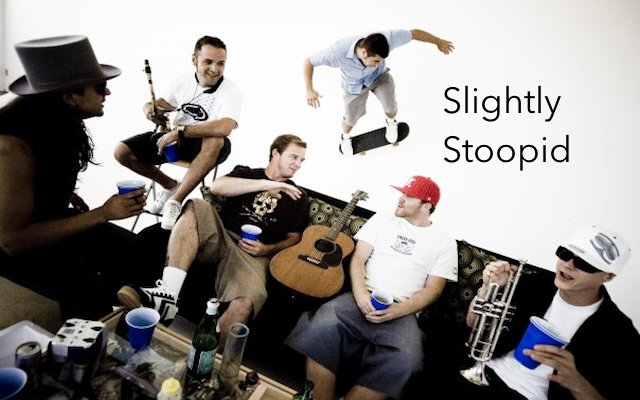 Go ahead and admit it: at one point in your life, you were in to the sunny sounds of legendary reggae act Slightly Stoopid. It’s okay, we all were at some point. After all, this is the band that came out with “2 AM”, a track still considered by many reggae authorities (reggologists?) to be one of the purest known examples of an upbeat beach reggae tune. If that sounds like something you would want to witness, the reggae gods (reggods?) must be in your favor, as Slightly Stoopid has announced their plans to play Marathon Music Works on Friday, April 25th, 2014. That’s a long way off, but we’re telling you about it now because tickets go on sale this morning, the 24th of January. You can pick up your own tickets for $25, assuming you’re over 18 years old. The show will start at 8 pm (doors at 7 pm), and there currently has been no openers announced. However, we suspect one might be added between now and then. If you’d like to pick up your tickets, navigate your interweb browsers over to this website. In the meantime, we’ve included a video for “2 AM” after the jump. Think of it as a little dose of summer to get you through another few days of this frigid winter.