No Country’s Guide to New Year’s Eve in Nashville 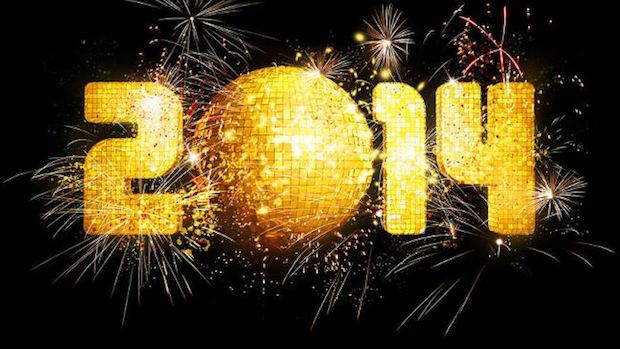 As we wind down 2013, we are all scrambling to find our means to celebrate this evening.  Of course, we here at No Country think that your best option is one of the many live music events going on tonight.  While some of the bigger acts are sold out for tonight, there are still plenty of options at all sorts of price ranges to welcome in your new year.  Have a happy and safe time tonight, and we’ll keep bringing you local music news once we flip the calendars tomorrow!

Sure, it’s a little bit country, but this is Nashville after all, and you can’t beat the price- FREE. Striking Matches get this street party started at 6:30 p.m., with a ton of eclectic and talented acts to follow. Country legend Hank Williams, Jr. will headline with an appearance form Robert Randolph, and there will be confetti, fireworks, and a music note drop at midnight. [PO]

Ditch the masses on Broadway and enjoy a more relaxed (and much cheaper) night at 12th and Porter with A Thousand Horses and some surprise guests. The Nashville based rockers will bring their blues ’n’ booze fueled country flavored rock … you bring the party. Doors at 8 so get there early to let the good times roll, the skulls melt and don’t miss the champagne toast at midnight included with the price of admission whether you pay the door or the VIP rate. [JR]

It’s a bit steep at $50 for GA (VIP is sold out), but if you’re flush with holiday funds culled from Xmas cards courtesy of Great Aunt Crazy & Co. you can cash in those $2-bills-y’all to take it back to your teens with a retro refresher from the Guilty Pleasures gang. This NYE you can ring in 2014 by partying just like you’re 14 again (‘cept you don’t have a curfew, and you don’t have to sneak sips of stolen peppermint Schnapps in the closet, and you probably don’t have braces this time… but it’s cool if you do, we’re not here to judge). You bring the cup of kindness, they’ll supply the nostalgia, and you can blissfully revisit a time when New Year’s Eve was wreaking ball free (because Miley wasn’t even born yet). All joking aside, this is gonna’ be a great time getting down to classic jams, so consider it for your calendar if you can. [JM]

Our pals at Electric Western are champs at throwing dance parties.  Yes, these are the guys that bring you those killer Hustle parties, and they are scaling it down a bit for a more intimate holiday affair in Five Points.  Steelism will be bringing the live tunes and the Electric Western DJs Reno Bo and, surely Jacob Jones, will be collaborating to keep the toes tapping with some swing from the middle of the last century. [MH]

Hell of a lineup, huh? Local electro-rockers Five Knives have become a live powerhouse this year, bringing intense energy and a unparalleled showmanship to every performance. Their upcoming full-length, which we’ll be telling you more about soon, is hands-down one of our most-anticipated of 2014. Local rapper Chancellor Warhol, who also has a new record right around the corner, makes this lineup unbeatable, and Keno, Disco Terror Squad, Noise Floor, and White Noise sweeten the deal, and ensure that you’ll be dancing all night! [PO]

Harnessing some pretty impressive prog rock, and channeling that into a jam band vibe is exactly what The Trails plan to throw your way tonight.  We haven’t heard much from these Nashville transplants, but really dig what we have.  For those of you still looking for affordable New Years options, this might be the cheapest solution to your insatiable party needs. [MH]

This show, which we’ve been telling you about for months, is getting dangerously close to being sold out, so buy your tickets ASAP if you want to ring in 2014 with the rowdiest rockers in town. Diarrhea Planet are responsible for not only some of our favorite performances of the year (that record release was unforgettable), but  also one of the best Nashville records of the 2013. Paired with epic, anthemic video game-inspired prog rockers The Protomen, whose Music City shows are few and far between, and rounded out by the endlessly enjoyable Ri¢hie and No Regrets Coyote, this no-frills, all rock night at Exit/In is the best bet for if you’re just looking for a killer concert. [PO]

Do you need a headache from more than drinking too much champagne?  Then maybe you need to do some serious headbanging to celebrate the arrival of 2014.  This is exactly what you will get at The Rutledge for NYE.  The chugging rock sounds are sure to keep the mosh pit full, and you’ll surely still swill beers to stay hydrated.  We can’t find the cost for this one, but, if you are a fan of the heavier stuff, it’ll be worth it for you. [MH]

There’s a reason why The Wild Feathers have garnered critical acclaim from Uncut, American Songwriter & Consequence of Sound (to name a few), continue to top Best of lists and have landed a performance on Jimmy Kimmel. Find out why for yourself in person with a guaranteed perfect way to ring in 2014 that will prove Southern-rock is alive and ferociously blasting out of our hometown. Catch them now so you can brag later…You know you’ve found a superstar when you mistakenly think you’re getting an earful of Dolly Parton house music, only to soon discover that it’s Buffalo Clover on stage. The band is fronted by the alluring Margo Price and it only takes a moment of truly tuned in listening for it to become obvious that she makes the sound her own unique version of country gospel-soul. With the masterfully crafted energetic band, their audio vibes rightfully beg for the needle of your Crosley and your presence at their live musical communion. They’re a gem but it won’t be long before they blow up because they’re the kind of band that helps feeds the endless famish of Nashville stardom…Arrive early for Tennessee Jet, a one-man enigma who will make some pretentious musicians feel inadequate. [LT]

Nashville’s premiere ’90s cover band, My So-Called Band, will once again be gracing the stage at Cannery Ballroom for what’s sure to be an epic (and nostalgic) New Year’s bash. Like The Wild Feather upstairs, unfortunately, this one’s sold out! [PO]

If you managed to score tickets to this sold out event at Marathon, you already know you’ve got a good night ahead of you. The headlining act for tonight is Moon Taxi, whom have gained a lot of attention for their most recent album, Mountains Beaches Cities. Opening up for Moon Taxi is electronic indie dance extraordinaires Machines Are People Too. Furthermore, audiences will be treated to a performance by Case Bloom, whom you might know from the group Tucker & Boom/Bloom Bap. The show starts at 9, with midnight happening sometime during Moon Taxi’s set, but be sure to get their early enough to catch the first two performers this fine evening. [JS]

Celebrating their induction to the Grand Ole Opry, Old Crow Medicine Show is playing two SOLD OUT nights at the Ryman. I caught them for the second time yesterday at the first night of the party – and that’s what it was, a party. Although, we were reminded many times throughout the show, tonight was going to be the big celebration full of new songs they planned to unveil and more. Their true bluegrass sound makes anyone want to stomp along and grab whoever is next to you.  If you have tickets, get down their early and remember the chaotic scene music city holds on New Year’s Eve. [SM]

Bassnectar brings his dubstep domination to Bridgestone for the second year in a row and all in attendance will be ringing in the new year with wobble bass reverberating through their systems. If you have tickets get their early, the line for the pit will be wrapped around the building and the craziness down town will make it all the more difficult to get around. Be sure to bring your Molly and glow sticks and if you don’t have tickets your SOL, this show is SOLD OUT. [JR]