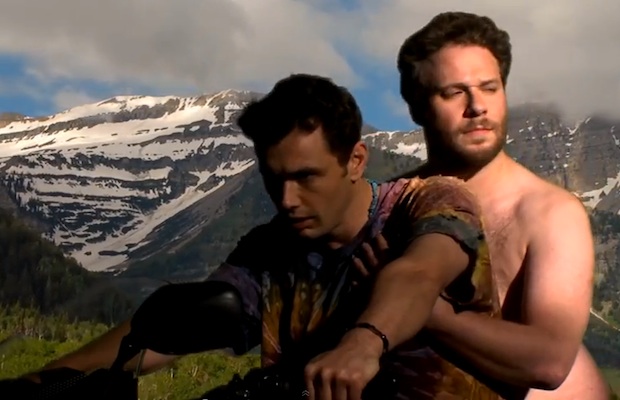 Yesterday, we brought you “Bound 2,” the brand new music video from Kanye West, featuring his fiancee Kim Kardashian. And, apparently, we weren’t the only fans of it. Comedians Seth Rogen and James Franco, who are currently on set making their upcoming film The Interview, dubbed “Bound 2” their new favorite video, and decided to film a SHOT FOR SHOT REMAKE called “Bound 3,” with Franco assuming the role of Kanye and Rogen playing Kim. The attention to detail for this thing is scary- try playing them side by side to see for yourself.

As we’ve already told you, Kanye will be bringing his Yeezus tour to Nashville this Wednesday, Nov. 27, at Bridgestone Arena, along with special guest Kendrick Lamar. Tickets are still available, and start at just $39.50. Better yet? We’re GIVING AWAY A PAIR TO ONE LUCKY WINNER! Here HERE to enter and find out more, and watch “Bound 3” below!

And here’s the original: