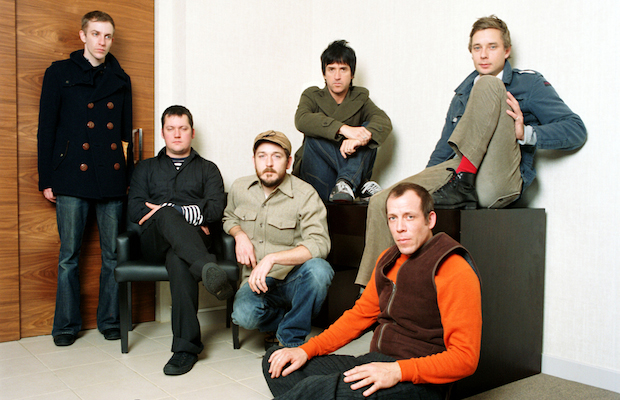 Tomorrow, Nov. 22, legendary guitarist Johnny Marr is set to perform at Nashville’s very own Marathon Music Works with Meredith Sheldon. Whether you know him from The Smiths, Modest Mouse, The Cribs, The The, The Healers, Electronic, or any of the other numerous projects Marr has been associated with, it’s indisputable that the famed performer is one of the most influential, eclectic, and legendary figures in modern rock music.

Not only are tickets for Friday’s show still available, but you have until TODAY, Nov. 21, at 12 p.m. CST to enter for a chance to snag a free pair. (Enter and find out more HERE)

In honor of our love for all things Marr, we’ve been bringing you some special Johnny Marr-related coverage all week long. First, we kicked things off with a look back at his band that started it all: The Smiths. Then, we took at look at the relationship between Marr and ex-bandmate Morrissey, as well as brought you news on Johnny’s upcoming autobiography. Today, we’re getting away from The Smiths, and taking a look at what else Johnny Marr has been up to for the past 25 years. Check it out, after the jump!

The year was 2007. Things had been relatively quiet for Johnny Marr since his 2003 first pseudo solo release, Boomslang. In something of a shock for fans of Marr and Washington indie rockers Modest Mouse, the former Smith was announced as the band’s newest member, appearing on their last full-length, We Were Dead Before the Ship Even Sank, and going on to tour the world with Isaac Brock and company. Just one band in a string of many over the years, Modest Mouse remains, perhaps, the guitarist’s most memorable (at least to today’s listeners), and certainly most random, post-Smiths outing, and We Were Dead stands as some of Johnny’s finest work.

Two decades before Modest Mouse, however, a young Johnny Marr found himself at a crossroads. Having abruptly left The Smiths, Marr found a new musical outlet in fellow UK post-punk outfit The The. Teaming up with bandleader Matt Johnson to solidify a full lineup, Marr (as well as guest vocalist Sinead O’Conner) was present for the band’s most popular album, 1989’s Mind Bomb, as well as its followup, Dusk.

Concurrent with The The and having the distinction of being Johnny Marr’s longest-running project, spanning most of the ’90s, the guitarist teamed up with New Order frontman Bernard Sumner to form supergroup Electronic in 1988. Featuring contributions from members of Kraftwerk, Pet Shop Boys, and more, Electronic boasted a (very ’90s) house, dance, and techno infused sound (with Johnny’s signature guitar work on top of it, of course).

The new millennium would find Johnny at a bit of a musical crossroads. With Electronic starting to lose steam and his other projects long behind him, Marr formed a new backing back, Johnny Marr and the Healers, which prominently included Zak Starkey (Ringo’s son, and current drummer for The Who and Oasis), and released just one album under that moniker, 2003’s Boomslang. For the most part, Johnny’s semi-solo effort was received with lukewarm reactions, causing him to keep a fairly low profile until he would go on to collaborate with Modest Mouse, a few short years later.

As Modest Mouse began their seemingly endless process of working on a full-length followup to We Were Dead, Marr found himself, yet again, slipping out to start something new. Once again joining a pre-established, younger indie rock band, this time from his native UK (and a band of brothers at that), Marr showed up on The Cribs‘ 2009 effort, Ignore the Ignorant. He would remain with the band for several years and tours, but departed just before their subsequent release.

26 years after leaving The Smiths, and 25 since Morrissey’s solo debut, Johnny has, finally, unveiled his proper first record as a totally solo performer. 2013’s The Messenger showcases everything fans love about Marr, pure and without the influence or parameters of any other band. While, once upon a time, it might have been true that Johnny never intended to go solo (as a recently published 1992 letter to Moz would suggest), it’s pretty great that he has. One of the most talented musicians of the modern era, The Messenger is Johnny Marr at his best. Here’s to many more releases to come! There’s never been a better time to catch Johnny Marr live, with a rich history, a reinvigorated present, and a promising future!