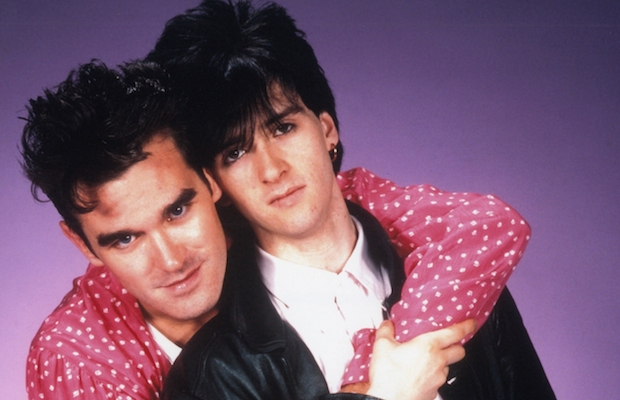 In honor of our love for all things Marr, we’re going to be bringing you some special Johnny Marr-related coverage all week long. Yesterday, we kicked things off with a look back at his band that started it all: The Smiths. Today, we’re getting a bit more in-depth (and finishing out our Smiths-related coverage), with a look at Johnny’s reasons for leaving the band, his relationship with former frontman Morrissey all of these years later, and a big announcement from Marr himself. Check it out, after the jump!

As we told you yesterday, it was Johnny Marr’s departure from The Smiths, in the summer of 1987, that ultimately led to the group’s abrupt end, shortly before the release of their final album, Strangeways, Here We Come. Speculation has mounted for years on what exactly happened, and, though no general consensus has ever been reached, a deterioration of the personal relationship between Marr and frontman Morrissey, fatigue, as well as a lack of business organization (the group had no manager), seems to be the root of the split.

With the recent, highly-anticipated release (in the UK, it’ll debut stateside Dec. 2) of the notoriously private Morrissey‘s first memoir, Autobiography, fans had hoped to see some light shed on the group’s demise, and to learn what, if any, relationship Moz and Marr maintain. Though Moz didn’t get into as much detail as Smiths diehards wanted (he did cite fatigue and lack of a manager as causes), he did comment on the band’s end, in typical Morrissey fashion:

“At the close of the Strangeways sessions there took place a glut of meetings with accountants and lawyers at the Wool Hall Studio, and in the context of such, the Smiths breathed a last exhausted sigh and folded. It happened as quickly and as unemotionally as this sentence took to describe it.”

More interestingly, Autobiography includes a letter to Morrissey, penned in 1992 by Marr. In it, Johnny comes to the revelation that even Morrissey himself doesn’t understand his reasons for leaving the group, and offers only that he “hated the sort of people we became.” Marr also claims “no ambitions to be a solo guitar player,” a statement that would prove true with his subsequent post-Smiths musical endeavors. Check out the recently uncovered letter below:

Sincere thanks last week for your letter and for your concern. I do realize that it must have taken a lot of brainache/heartache to have gotten in touch. The main thing that I want you to know is that I really regret us not being friends. I’ve only recently come to realize that you genuinely don’t know all the reasons for my leaving. To get into it would be horrible, but I honestly hated the sort of people we became. I have no ambitions to be a solo guitar player. I will never point the finger at anyone but myself, and I am glad I took a step towards making my life sane.

After getting your postcard I felt that the only way to explain things would be to come round and see you personally. I also felt bad that you were so unhappy and it’s only circumstances that made it possible.”

Though these letters would indicate that Morrissey and Marr have spoken off and own since their split, the two rarely speak to the media about one another and, when they do, it’s usually in a vague (though friendly) light. Many, many attempts have been made to reunite the band over the years, with Morrissey being the one resolute holdout. We’ll likely never see such a reunion but we may, still, learn more about what caused the group’s demise. Earlier this week, Johnny revealed plans to release an autobiography of his own. Though the book is likely a couple years away (Marr still needs to write it, and wants to do so without the distraction of record or tour cycles), he’s confirmed that a publisher is now in place, and that it’s “definitely going to happen.” Expect to get his side of the story, and so much more.