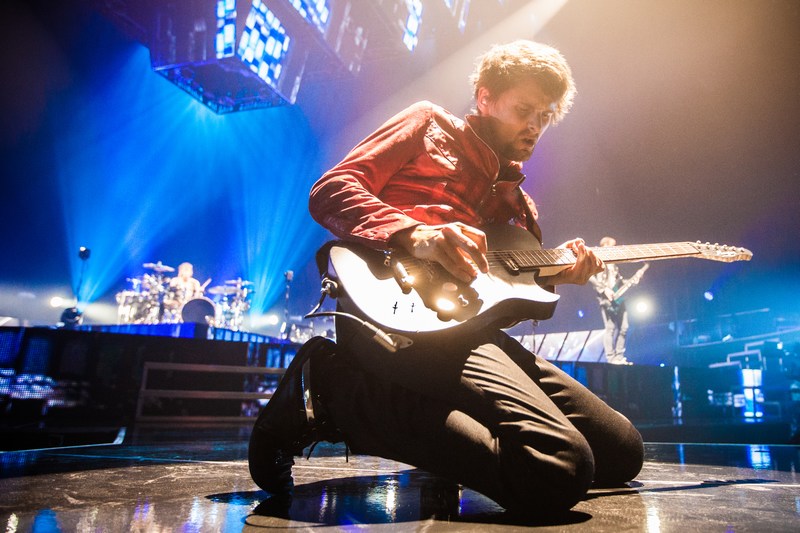 Nashville’s Bridgestone Arena was filled with swagger and soul as local faves Cage the Elephant opened for Muse to an enthusiastic and packed house last Friday night. Though CTE didn’t have the giant LCD screens and crazy special effects of Muse, they made up for it with sheer, raw talent, and rock-n-roll-ability. The Bowling Green, Kentucky-bred band’s set was the perfect amalgamation of both new and old material, which created a strong connection with the crowd. 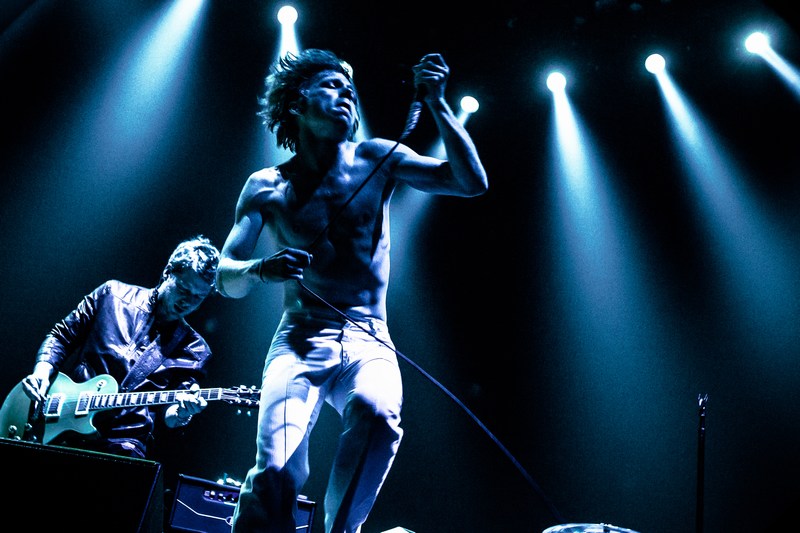 Before Cage dug deep into the set, lead singer Matt Schultz made sure to express how pumped he was to have recently become an uncle. His brother (and and bandmate) Brad Schultz, Cage the Elephant’s guitarist, and wife just welcomed daughter Etta Grace into the world on September 4th.

“I’d like to welcome my brother Brad back to the stage. He hasn’t been here for the past couple days ’cause he’s been busy becoming a father!”

We counted ourselves among the lucky to be able to witness CTE blast through a set packed with crowd favorites and brand new songs – one of which even featured a killer live horn section. After recently catching this show in an intimate rehearsal setting, witnessing the full scope of the performance on an arena stage was breathtaking.

The whole band was filled with energy, especially Matt, who dove into the audience shirtless and crowd-surfed his way across the general admission seating area.

If this show is any indication, Melophobia is sure to be their strongest effort to date. 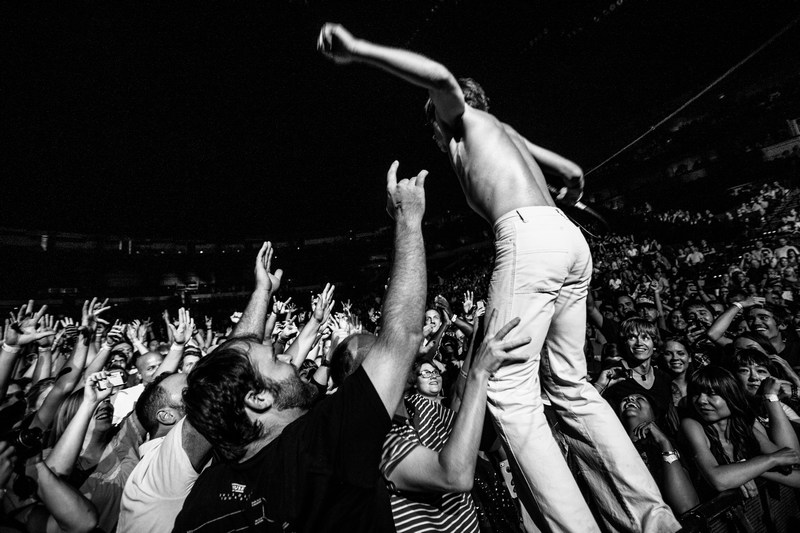 * songs to be released on upcoming album Melophobia 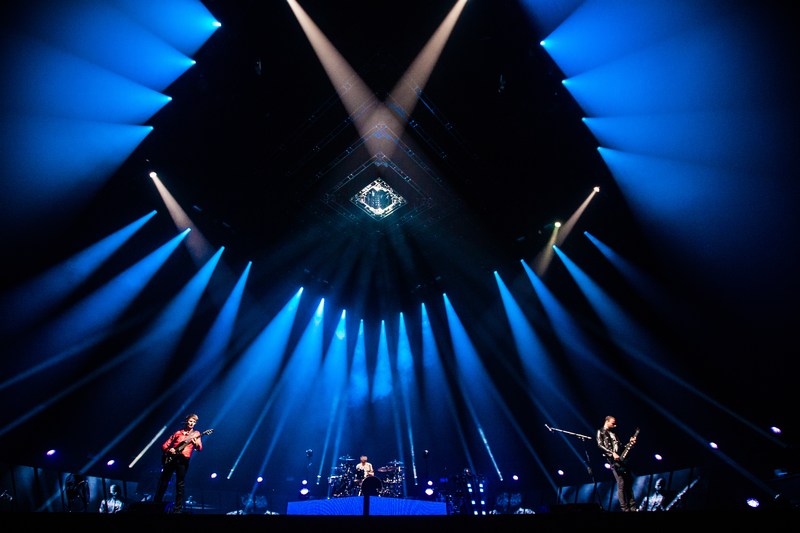 Poised and polished Brit-rockers Muse brought an incredible performance filled with stunning visual effects that even the most theatrical of musicians would envy. The power trio played mostly newer material, but still threw in a couple of old  favorites to the delight of a very dance-y crowd. Muse also debuted two songs which they hadn’t yet played in the States.

Muse has evolved into a group that’s a bit different from their Origin of Symmetry days, but that’s how they’ve been able to stay relevant and capture new listeners while holding onto their die-hard fans. Lead singer and guitarist Matt Bellamy is one of the few electronic-leaning songwriters that is actually able to recreate live what the band plays in the studio; to top it off – he makes it appear effortless. The trio’s musicianship alone is incredible, but when combined with the stellar light and laser show…let’s just say the cleaning crew at Bridgestone were probably cleaning up melted pieces of faces off the floor at the end of the show.