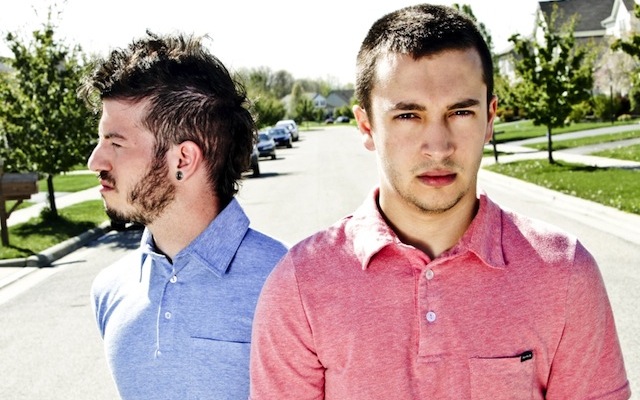 Back in June, we named Ohio synthpop duo twenty | one | pilots one of the Best 5 Bands at Bonnaroo About to Blow the ‘Eff Up, and blow the ‘eff up they have. Our former Bonnaroo Band of the Day rocked not only rocked that fest (to a massive crowd no less), but also recently played Lollapalooza, appeared on Conan, nabbed a VMA nomination, and scored spots opening for upcoming tours with Fall Out Boy and Paramore.

twenty | one | pilots also just announced a headlining fall U.S. tour of their own, sandwiched between opening runs, dubbed the “tripforconcerts_autumn2013” tour. The duo will kick things off right here in Music City, with an Oct. 17 performance at The Cannery Ballroom, along with openers Robert DeLonge and Sirah. Tickets go on sale this Friday, Aug. 23, at 10 a.m. right here, with a special pre-sale running mid-week on the band’s site.

A great indication of how fast they’ve been gaining momentum since their release of their 2012 debut, Vessel: the band’s past two Nashville shows, last fall and spring, took place at 3rd & Lindsley, a venue half the size of Cannery. After the jump, check out a recently-released full concert stream, Live from the LC, as well as the band’s recent Conan appearance.