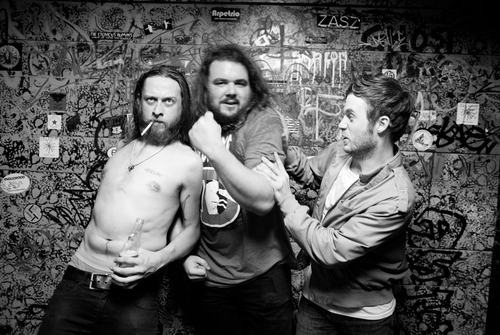 If we had to peg one band as synonymous with the current wave of Nashville punk, and we’re talking pure, uncut, real deal punk rock, we would have to go with Cy Barkley & the Way Outsiders. Over the past year or so that they’ve been on our radar, we’ve watched Barkley an gang go from a lean, mean three-piece, opening shows around town and tearing up day fests, to a musically evolved, high-energy, and even more punk five-piece, rocking the Road to Bonnaroo and opening for the legendary Melvins.

The band’s debut, So Bad, dropped last year on Nashville’s own Infinity Cat and it was, well, so good. Cy’s followup, Mutability is slated for release Sept. 2 via Southpaw Records, and can be pre-ordered on vinyl right here. In anticipation, the band just dropped a teaser video; check it out after the jump!

And, to get you your live fix, Cy Barkley & the Way Outsiders will be performing a record release show on Monday, Sept. 2 at Exit/In as part of the Nashville Dead‘s 4th Birthday Bash, along with Heavy Cream, Fictional Boys, Ex-Cult, and The Oblivians. Grab your tickets for that right here.