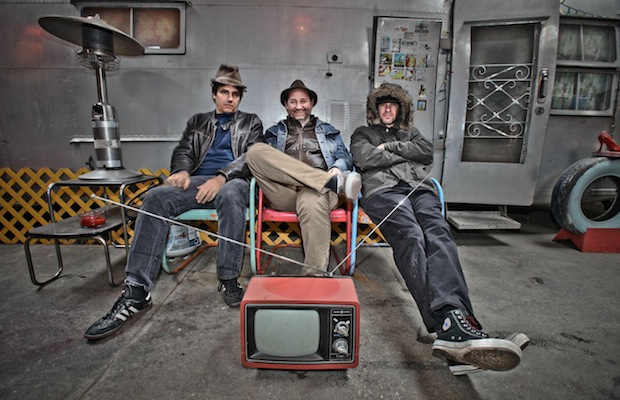 Fellow Nashville music blog Nashville’s Dead are turning four, and they sure know how to throw a hell of a party. Tonight at Exit/In, the site will host a punked out bash, featuring newly-reunited Memphis trio The Oblivians, along with a stacked bill of Ex-Cult, Fictional Boys, Cy Barkley & the Way Outsiders (celebrating the release of their brand new album, Mutability), and Heavy Cream. Things get started at 8:30 p.m. sharp, and you can snag tickets for just $12 right here or at the door. After the jump, preview the entire lineup.

Also hailing from Memphis, punk rockers Ex-Cult are certainly no strangers to the Nashville scene. Their lo-fi, garage punk sound is not a far leap from The Oblivians, and their stage show is unbeatable.

Cy Barkley & the Way Outsiders, one of the best punk acts in Music City, are celebrating the release of their sophomore album, Mutability at tonight’s show. Find out all about it right here.

So here’s a testament to just how killer this lineup is- Nashville rockers Heavy Cream, whose name is often tacked to the top of the bill, are opening. We can’t stress enough how you should make a point to get to this one early- doors at 8 p.m., music starts at 8:30!

The Oblivians, Ex-Cult, Fictional Boys, Cy Barkley & the Way Outsiders, and Heavy Cream perform TONIGHT at Exit/In. The show is 18+, starts at 8:30PM (doors at 8PM), and tickets are available for $12 here or at the door.