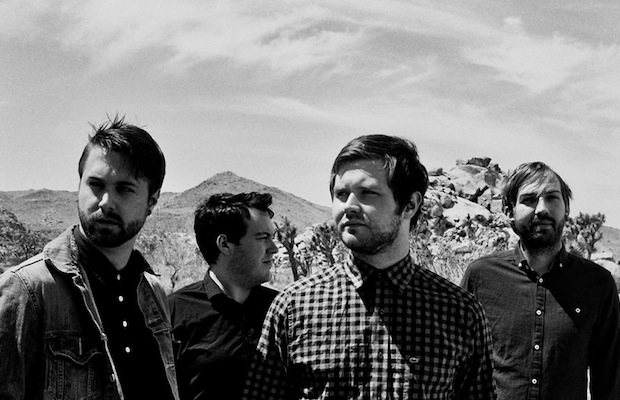 How does another five band rock show at Exit/In in a row sound? Following last night‘s mostly punk bill, tonight the club is sporting some exciting acts ranging from pop punk to indie rock to alternative, boasting one of the most eclectic tour packages we’ve seen in awhile. Headliners The Dangerous Summer sprang out of the pop punk scene, but have become an indie/alt rock powerhouse over the last couple of years and releases. Their tour-mates further reinforce this change; you’d be hard-pressed to find a punk act among them. One thing’s for sure, between Tommy & The High Pilots, Rare Monk, Breaking Laces, and local openers Tell Romeo I Hate Him, there’s almost definitely something for everyone.

After the jump, we’ve got a preview of the lineup. Things get started tonight at 7:30 p.m. and you can snag your tickets right here.

Though they started as a pop punk act, or at least an act inspired by the pop punk scene of the early ’00s, Maryland’s The Dangerous Summer have transcended the “scene” (even, perhaps, burning a few bridges along the way) to become something much grander in scope and sound. Though their latest, and third, album, Golden Record, doesn’t land with quite the emotional resonance of their first two, the band they’ve become, one channeling raw, indie rock influences, angst, and anthemic songs of urgency, taps into the psyche and struggle of change throughout your 20’s. They haven’t achieved the success many had pegged them for just a few years ago, but that doesn’t mean it’s out of reach- they’re a polarizing band, both musically and personally, to be sure, but when they’re firing on all cylinders, they’re one of the strongest acts making music today. Don’t miss them!

Upbeat, eclectic, and wholly a product of their Southern California home base, Tommy & The High Pilots seem poised to become the next big thing at any moment. Their sound is epic, daring you to dance and sing along, and their writing chops showcase a varied and balanced pool of influences- typically landing in the territory of alt rock and contemporary indie pop, with a nod to the melodic sensibilities of legendary acts of decades past.

Portland’s Rare Monk bring a melodic, indie rock-rooted sound to the bill, unafraid to tread into more psychedelic, experimental, and avant-garde territories. Their latest EP, Death by Proxy, is fantastic.

Brooklyn trio Breaking Laces recorded their latest album, Come Get Some, right here in Nashville. The pop rock group have now been performing together for over a decade, and it shows- they’ve refined their knack for creating unpretentious, lighthearted, and downright fun tunes that call back to a time when rock and roll didn’t take itself so seriously.

TELL ROMEO I HATE HIM

Local openers Tell Romeo I Hate Him are the most stylistically similar to The Dangerous Summer, or at least the scene TDS sprung out of. They take a straightforward, melodically dense approach to pop rock and pop punk, and they do it well!

The Dangerous Summer, Tommy & The High Pilots, Rare Monk, Breaking Laces, and Tell Romeo I Hate Him perform TONIGHT at Exit/In. The show is 18+, starts at 7:30PM (doors at 7PM), and tickets are available for $12 here or at the door.

Astrochimps Release New EP; Stream or Download It for Free!