It’s an insane weekend of music here in Nashville. Let the weather hold, and let the games begin. There is rhythm, soul, hip-hop legends, rock, pop, and everything else not country that you would expect us to cover. The full No Country TWiN run-down is below.

Wells Adams will be absent this week from his usual post as commander-in-chief of Lightning 100’s weekend kickoff at Soulshine Pizza, but, luckily, he’s leaving us “in the capable hands of Lt. Dan.” As always, this event will include a free show from the Lightning 100 local artist of the week, drink specials, and criminally delicious pizza. This week, Lighting 100’s local artist is someone they “picked up,” from their writer’s night at Jed’s Sports Bar and Grill (which, by the way, happens right after the Soulshine Pizza event). His name is Guthrie Brown, and he’s awfully young to sound as good as he does. Drink specials are from 5-7, and the show starts right after. Check out Guthrie below.

Earlier this week, we brought you a brand new track from El El (the band’s first official single) called “Kiss Kiss.” We’ve been raving about these guys for months, and their set at our 2nd Anniversary Bash was beyond fantastic, so checking out their performance tonight at Exit/In should be a no-brainer! Even better? The synthy pop rockers will be joined by some more No Country favs: Jacob Jones and Los Colognes. Both groups brought the house down at our SXSW Send Off back in March, and, with their throwback soul and bluesy retro rock sounds, respectively, they round out a night of some of the best, most diverse music Nashville has to offer! Things get rocking at 9PM, and you can snag your tickets for just $7 here. In case you missed it, check out “Kiss Kiss:”

If you’re one of those music lovers that loves to have “heard of them first” then you couldn’t quite get a better head start on appreciating the next generation of performing artists than with Act Like A Grrrl. Each June, girls from the ages of 12-18 come together in the spirit of self-discovery and creative energy in an intentional community that offers the space and support to gain a public voice, work with professional female mentors in a variety of creative fields, and foster friendships with peers from diverse backgrounds. The month long camp ends in a public performance completely authored, composed, and choreographed by the GRRRLs themselves. They write original songs with the help of local guests artists such as jazz chartreuse, Annie Sellick and pop duo, Fleming and John. This year’s song came to fruition with the helpful insight of No Country friend, Anna Haas, and is inspired by the vows the grrrls have made to themselves and one another to stay true to their very best selves as they face uncertain futures. You can join the R-R-R-evolution Friday night at 7:30pm at the Black Box Theatre at Belmont University. Online sales have ended but tickets are still available at the box office for just $15. More info on Act Like a Grrrl is available here. Check out the GRRRLs spreading their light in Costa Rica for International Women’s Day below. 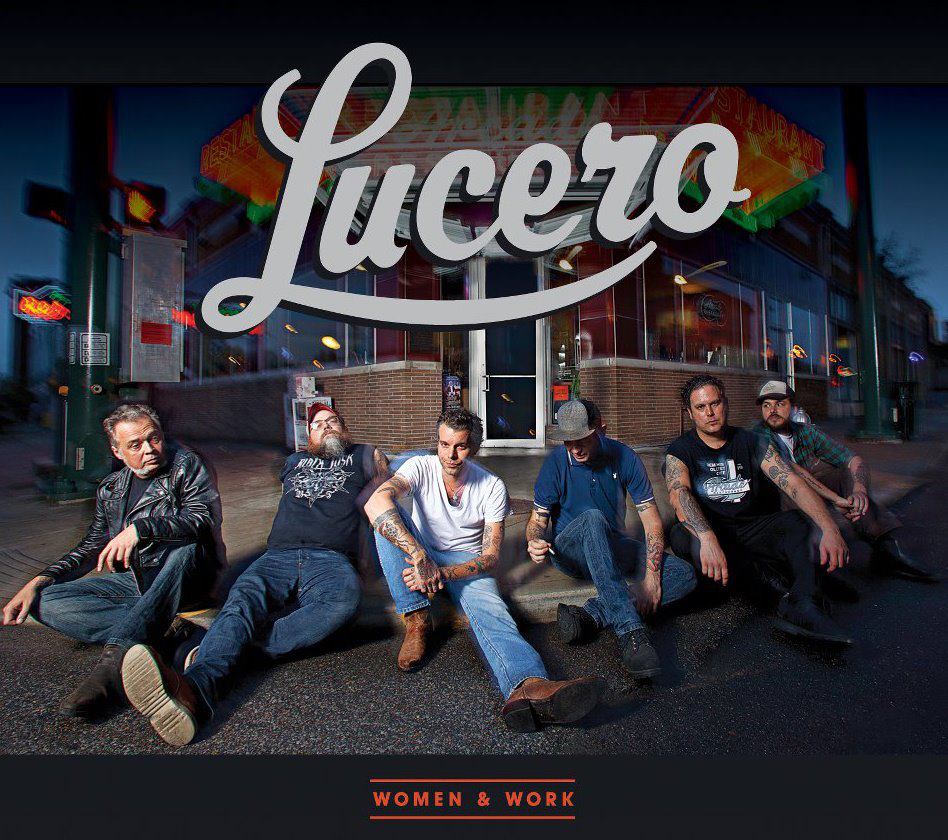 Tonight is the first night of Memphis alt-country/punk band Lucero’s “2-Night Stand” at Mercy Lounge, celebrating their Texas & Tennessee EP release, and featuring opening act singer/songwriter John Paul Keith. For fans of: Against Me! with a heavy touch of Springsteen. Ages 18+. 8pm doors; 9pm show. Tickets for Friday are $20 and are still available online here. (Don’t wait too long though because this show is expected to sell out, and all 2-night passes have already been sold.) Check out their official video for the title track off their 2012 release, Women & Work, below.

If that price tag is too expensive for you, cruise on down the road a mile or so to The Basement for the Bobby Bare Jr and Carey Kotsionis Rock & Roll Birthday Party featuring Jordan Caress, Little Bandit, Tom Pappas Collection, Justin & The Cosmics, Poly, and Kai Welch. This is sure to be a jovial celebration in one of the most jovial basements in Nashville. Tickets for this one are only $5, and things get going at 9pm. You can check out horrible cell phone video of Tom Pappas Collection below to get an idea of the Superdrag that you will be in for… bring earplugs and plenty of beer money!

You can get your Saturday started off right with another episode of Musician’s Corner over at Centennial Park.  This one brings a seriously eclectic lineup with singer/songwriter Brooke Waggoner, the grammy nominated (Jack White accompanying) Ruby Amanfu, roots rocker Webb Wilder, and the down right soulful St. Paul & The Broken Bones.  Things get started around 12:30, and this free party keeps going through the sweating hours.  You can get a taste of Wilder ‘jamming at Hippie Jack’s’ in the video below to get a bit of a taste of what you will be in for.

Oh, hey, remember how we just told you about St. Paul & The Broken Bones up there?  What’s the matter?  Where you bummed that you had a wedding on Saturday afternoon, and you wouldn’t be able to catch them at Musician’s Corner?  Fear not, my friends… The Basement has booked St.P & the BBs to perform on Saturday night along with DeRobert & The Half Truths and Star & Micey.  This bill is too good to pass up.  Tickets will cost you $10 at the door, and things get started around 9pm.  You can check out a cut from St. Paul & The Broken Bones recent Music City Roots appearance below.

Look, you can get your aging rocker fix for this weekend at Americanarama. MMJ and Wilco are pretty comfortably middle-aged now (though Wilco was always “the patron saint of Dad rock,” according to No Country writer Jessika Malone), and Bob Dylan might actually be a Disney animatronic. No one’s sure. This isn’t to say that we won’t be at Americanarama along with the rest of you, but, as for the rest of the weekend, why not spice things up with a little bit of young blood? Blackfoot Gypsies have been putting out some of the loudest, rawest, youngest, best rock in Nashville, not to mention the rest of the country, and they’re set to blow the roof off The High Watt this Saturday night. Check out the awesomely irreverent video for “Don’t Know About You” below to get a pretty good idea of what these guys are about, but also keep in mind that nearly every song on their album “On the Loose” is that awesome. Blackfoot Gypsies are joined by seasoned Nashville punk-rocker Tom Pappas and Nashville transplants The Static Trees. Doors are at 8, show starts at 9:30, and tickets are $7.

What’s cooler than being cool? Ice… Cube? What’s cooler than an Ice Cube show at Marathon Music Works? It’s our boy Chancellor Warhol OPENING for Ice Cube at Marathon Music Works. We were incredibly bummed last month when Big Boi cancelled his Marathon appearance with Killer Mike, which Chance was also slated to open. Mr. Warhol gets another go though, and we couldn’t be more psyched to see the former Road to Bonnaroo winner and East Nashville Underground alum supporting the ex-N.W.A. legend. Kicking off the show is Nashville-based Rob Dee, winner of an “Open for Ice Cube” contest. The epic night of hip hop starts at 8PM, and tickets are still available here. We have a feeling it’s going to be a good day: 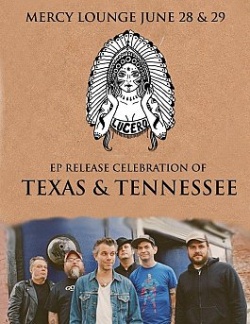 If you can’t catch Lucero on Friday, you’ve got one more chance on Saturday at Mercy Lounge! You can still snag tickets for night 2 here for $20.  Ages 18+. 8pm doors; 9pm show. Check out a track from supporting act (and fellow Memphis native) John Paul Keith from his Sun Studio Sessions with his band The One Four Fives below. 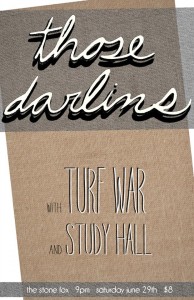 If you’re looking for something female-fronted and indie fresh, check out Nashville natives Those Darlins w/ Atlanta boys Turf War and the recently-formed Study Hall at The Stone Fox. Ages 18+, 9pm. Tickets are just $8 & you can still buy them here. You can also RSVP via facebook.

You’d pretty much have to be living under a rock to not be somewhat aware of the jam planned for this Sunday down at Riverfront Park. Bob Dylan, Wilco, My Morning Jacket, and The Grateful Dead’s Bob Weir (in a solo acoustic set) are poised to join forces as Americana’s Justice League and provide a line-up reminiscent of Bonnaroo’s first five summers and/or a marathon session of songs-that-white-people-like. If you haven’t heard the ads on radio and TV yet, you can check out what’s in store below. Tickets are $68, which while not cheap, is sort of a steal because you’d dish out just as much to independently see any one of the bands on the bill. Show starts at 5:30 and is planned for an 11pm finish. You can get more info and tix in advance here.

If AmericanaramA is a little too rich for your blood, you prefer your shows not so gigantic and outside, or you’re just more of a contemporary guy or gal, we’ve got a great alternative for you. We would suggest Fall Out Boy at The Ryman, which we’ll be posting coverage of next week, but, unfortunately, that show sold out in about 45 seconds (tickets can be had on StubHub for not that unreasonably high, if you’re desperate). Instead, we’re going with another suggestion- Bad Books at 3rd & Lindsely. We caught the dynamic indie rock group, which is a superband mashup of Kevin Devine and members of Manchester Orchestra, at Mercy Lounge back in the fall, and were blown away! This time they’re just performing acoustic (presumably only Devine and Manchester’s Andy Hull), but are still sure to impress, and to provide a much more intimate experience than usual. Kicking off the show are local rockers Harrison Hudson, tickets can still be had here, and things get started at 8PM.