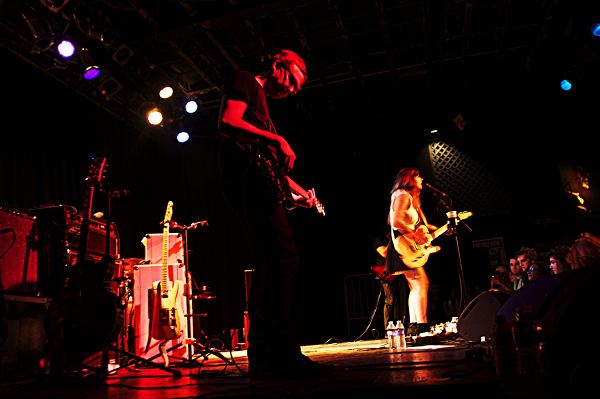 I first saw Best Coast in 2010, at a small bar in a small town. Performing at Clementine’s, as part of the MACRoCk festival in Harrisonburg, VA, they were a distinctly different band back then. In a room of barely 200 people, the group brought to life songs I had only heard in lo-fi, buzzy blog-ready formats prior. Many of these songs would end up on the group’s debut, The Only Place, later that summer. They were a DIY, internet-bred band Hipster Runoff loved to hate, but I knew they were destined for bigger, better things.

In the time in between that show and now, Best Coast’s career has progressed at a pace even I couldn’t have anticipated. They’ve shared the stage with bands such as Weezer, The Decemberists, and Green Day. They’ve made an album with Jon Brion and a music video with Drew Barrymore. They’ve collobared with Iggy Pop and rub elbows with the likes of Hayley Williams and Donald Glover. Best Coast are truly riding high and, though I’d seen them a couple of times in the interim, their performance last week at Nashville’s Exit/In was my first chance catching the group headlining in a smaller room since that first show at Clementine’s. Needless to say, time has been good to the California duo, and they performed with every bit of energy and sincerity- with a road-polished layer of added expertise and professionalism- that I remembered.

Regretfully, I arrived a bit too late to catch openers Bully. They’re a new, Nashville-based, female-fronted indie rock trio featuring former members of Pujol, and an absolute dream pairing with Best Coast. Give them a listen here. Providing direct support, Best Coast’s tour mates and fellow California natives Lovely Band Things were also a stellar pairing, bringing even more girl power to the bill. I unfortunately missed about half of their set as well, so I won’t provide a full review. However, the group’s energy and agressive, yet expertly polished, performance style was a real treat and a welcome contrast to Best Coast’s more laid back, restrained delivery. 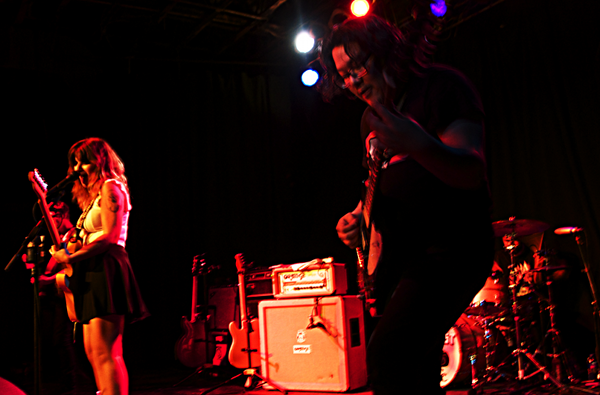 Best Coast entered the stage to the Santo & Johnny instrumental classic “Sleep Walk,” which appropriately set the tone for the evening. Calm, calculated, and channeling a place warmer and more ocean-adjacent, the song gave way to proper opener “Goodbye.” “Goodbye” also served as something of a thesis statement for the evening in of itself- a bit of a forgotten track from the group’s debut Crazy for You, which would provide the lion’s share of the evening’s material. Of course, the band covered all of their standards, and even provided the hardcore fans some satisfaction by digging deep and performing early track “Something in the Way.” In addition to recent Record Store Day exclusive track “Fear of My Identity,” the group also took the evening as an opportunity to introduce a new song, presumably from their upcoming EP. It was a bit livelier and more alt-rock driven, but largely sounded like a Best Coast track.

Made of up singer/guitarist Bethany Cosentino and multi-instrumentalist Bobb Bruno (who stuck to guitar throughout this entire show), Best Coast has traditionally performed as a three-piece, rotating several live drummers over the years. Further filling out their live sound and helping the band increasingly distance from their lo-fi, minimalist stigma, the group also employed the help of an additional bassist this time around. This is easily the strongest I’ve ever seen Best Coast perform. Though they’ve hardly shed their SoCal, laid back sound, the band clearly takes a more serious, hands-on approach to performing, and it shows. At times, a few technical errors creeped into the set (either a vocal effect or a vocal harmony loop used by Cosentino was audibly distorting and cracking), but couldn’t dent Best Coast’s unwavering momentum or enthusiasm. Countless shows later, the band still performs like they’re having a blast on stage- and, clearly, they are. 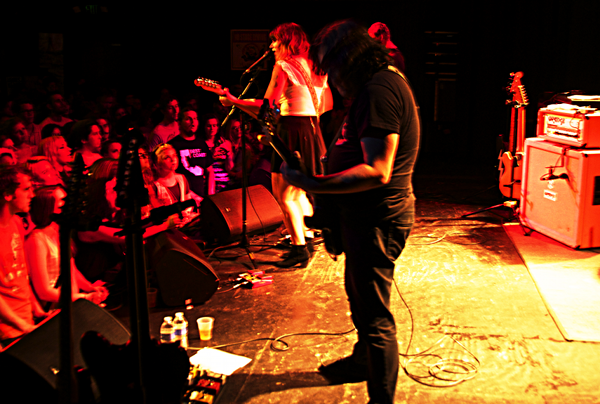 A bit taken aback by the shy and non-participatory crowd, Bethany tried increasingly more engaging stage banter to get a rise- bringing up “finger banging” several times throughout the night (example: “This next one is a perfect track for finger banging. What, this is an 18 and up show. I’m allowed to talk about grownup stuff like finger banging.”). She applauded an audience member’s failed crowd surfing attempt, and encouraged the effort, but freely admitted that Best Coast just aren’t a crowd surfing band. Clearly the instigator of the group, Cosentino also made a effort to point out that their bassist would soon be moving to Nashville, and deserved shots, before later having a fan deliver the whole band a round of Jäger between encore songs.

At 20 tracks, the set was quite generous, but the brevity of most Best Coast songs coupled with the nonstop energy surrounding them made the night fly by. For just awhile, I felt transported to California and eerily connected to Bethany’s thought process. The singer truly has a gift for imagery through musical aesthetics. Seldom does a group possess the ability to make me feel nostalgic for a place I have never lived. Similarly, Cosentino’s thematic style, which has become increasingly more open and personal, is gracefully straightforward and relatable, an attribute intensified in a live setting.

Best Coast are a much more dynamic band than I feel they’re often given credit for, and their skill at performing is every bit as strong as their knack for songwriting. Faced with the task of following up two great releases and largely free of the hype and predetermined expectations surrounding the group, I have a feeling that Best Coast’s next chapter will be their most exciting yet. To me, however, they’ll always be that little band I stumbled upon at Clementine’s.

Do You Love Me Like You Used To
Boyfriend