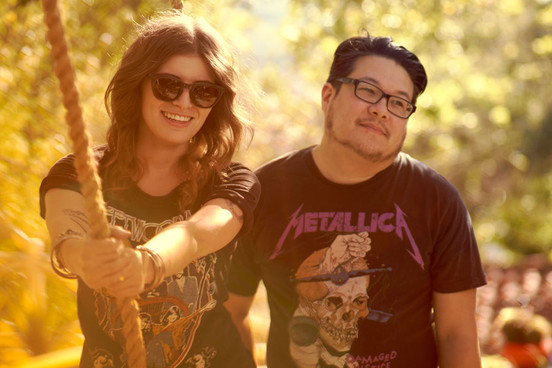 Best Coast are bringing their laid back, surf-infused indie pop sound to Exit/In this evening, and we couldn’t be more excited! This marks the group’s first Nashville performance since the release of their sophomore album, The Only Place. Also performing are fellow west coast rockers Lovely Bad Things and Nashville trio Bully.

We’ll have in-depth coverage of the show coming later this week, but you can find some more details and preview Best Coast after the jump!

Formed in 2009, Best Coast (made up of frontwoman Bethany Cosentino and multi-instrumentalist Bobb Bruno, along with a revolving panel of live drummers) quickly made a splash in the blogosphere. By the time their 2010 debut, Crazy for You, was released, the band’s sound had become cleaner, more focused, and more accessible. In less a year, Best Coast went from playing tiny rooms to opening for groups like The Decemberists and Weezer. 2012’s The Only Place showed a further maturation in sound, and really flexed the duo’s range; a far-shot from their fuzzy, lo-fi beginnings.

Though their sound (and image) has matured, one thing has remained constant: the heart, passion, and carefree attitude present throughout all of their music. Best Coast have constantly proven to be a more capable and more dynamic group than they were initially given credit for, and their tendency to do exactly what they want has made them one of the most refreshing and interesting bands in the scene. Honed by constant touring, everywhere from small rooms to arena stages, Best Coast also have an incredible live show to boot. Don’t miss out on this band!