It’s been quite a week, and this weekend is going to be an absolute blowout of amazing music.  We have been telling you about East Nashville Underground all. week. long.  If you haven’t bought your tickets for that yet, you’ll have to get there early and hope the remaining tickets aren’t sold out.  We also spent some time with Courtney Jaye’s new record, and she has her release party going on over The Stone Fox on Friday night.  T. Rust popped onto our radar with his video release of “Houses”, and they are going to be ripping up The End on Friday night. Holla if you remember our write up about the Generationals helping to start this blog, because we did a ticket giveaway for their show over at The High Watt. And, just yesterday, we did a review of that awesome new Hotpipes record Dust too, and those cats are gonna be having their own little release party over at Mercy Lounge on Saturday night too.

See… We’ve been preparing for this weekend all week, but we aren’t even close to finished.  We have more festivals, Bonnaroo and Hangout Fest sized bands, and tons more after the jump.  Get out and see some live music this weekend.

When you find that you dilly dallied too long when ENU sells out or you remember that you couldn’t afford Hangout Fest tickets because your “check engine soon” light cost you all of your extra duckets, then you should slide on down to The Basement for a night with ENU and Hangout artists including Moon Taxi, Chancellor Warhol, and The Kingston Springs.  All of these artists have been long time favorites over here. Moon Taxi was a huge hit at the winter 2013 session of ENU, and both Kingston Springs and Chancellor Warhol are headlining on Saturday night at this season of ENU. All of them are performing at Hangout Fest, and Red Bull is giving all of them to you for only $3. That’s a dollar a freaking band. Holla. You gotta pay at the door, which opens at 7:30, and the bands start making noise at 8pm. We gave you some recent embeds of Chance and The Kingston Springs in our Saturday night ENU preview, so below relish in some Moon Taxi from their set last year at Bonnaroo.

There seem to be a couple of misconceptions about Father John Misty. First off, he’s not a priest. Nor is a he an old, wizened, “fatherly” blues or country figure. Father John Misty is actually singer-songwriter Joshua Tillman, who got his start drumming for indie-rock bands Saxon Shore and Stately while attending college in NYC. He next made waves as a member of Fleet Foxes’ original lineup, and, though he has since left the band, much of the material on his 2012 solo release Fear Fun retains the Foxes’ atmospheric, harmony-laden character. You may have heard “I’m Writing a Novel,” the album’s lyrically brilliant and keenly-observant single that also showcases Tilman’s uniquely expressive vocal signature. If you want to catch him, head over to Marathon Music Works this Friday. Tickets are $16 in advance, $18 day-of. Doors are at 7, show starts at 8. 18+.

We spent a little bit of time talking about Courtney Jaye’s incredible throwback album earlier this week, and you’ll have the chance to see her live at The Stone Fox tonight along with Nashville’s “supergroup” JP5.  JP5, which is the Joey Plunkett Five, features the lead man along with Jem Cohen (The Ettes), Adrien Barrera and Cy Barkley on guitar, and Rachel Horton on drums.  I’ve yet to see this supergroup in action, but the fine scenesters at The Cream described it as “a little bit country, a little bit rock n’ roll”.  Regardless, you know you are going to be in for a good night on the west side.  You can snag your $7 tickets here for the party that gets started at 9pm.  You can have another look at Courtney Jaye’s single “Say Oh Say” below.

Our ticket giveaway for the Generationals and Brass Bed may have just ended, but you can still get out to see the incredible New Orleans based pop bands tonight at The High Watt.  Tickets for that one will run you $10, and things get started at 9pm.  I just can’t get that Generationals song “Ten Twenty Ten” out of my head.  Listen below to see why.

Relative new man on the scene, T. Rust has a new release out via cassette, and is having a release party over at The End.    Switchblade Kid, Shy Guy, and Blank Range are also on the bill, and things get started at 9pm.  You can grab your tickets for that one here. 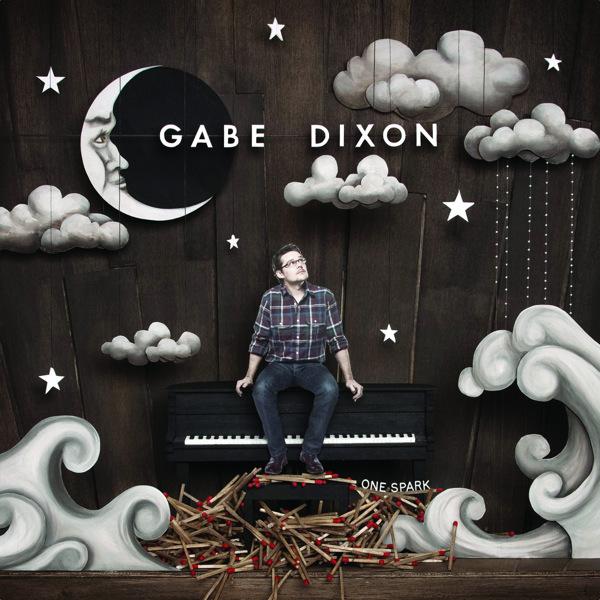 Also on Friday, piano-playing pop songwriter Gabe Dixon is back with his first full-band headlining show in almost a year at 3rd and Lindsley. You may know him from his studio work with Alison Krauss, or from the fact that Alison Krauss contributed backing vocals to his new album “One Spark.” (You can also get FREE music from his new album by joining his mailing list on his website here.)

You can still buy tickets online for $10, or $15 at the door. Click here to join the event on facebook.

It looks like the East Nashville Hootenanny is going to happen this weekend regardless of weather, and the lineup is ripe enough to knock the blues out of any day. We have some of our old favorites Jacob Jones, The Lonely H, Buffalo Clover, and Los Colognes. Yep, that’s happening, and guess what? This sucker is FREE! Things get started at 4pm over at East Park in East-Centric Pavilion. Get over there in the afternoon to support local businesses and bands.

We already told you how great the Hotpipes brand-spankin’-new LP Dust is. If you don’t already have tickets for their album release show on Saturday at Mercy Lounge, here’s another reason to grab them now: a $10 ticket also buys you an ultra-fancy vinyl copy of the album, complete with custom artwork and a red record. Before disbanding in 2008, Hotpipes were known for their energetic live shows, and this epic comeback show is set to include a string and horn section, and Echo Group and Treekeeper are set to open up. In short: it’s not to be missed. Tickets are $10, doors are at 8, and show starts at 9. 18+.

If you’re homesick for the literally underground days of ENU, after the day show at The East Room, you can check out a stellar act in our favorite subterranean 8th avenue venue and catch Gregory Alan Isakov at The Basement. According Jessika’s Pandora, she’s a big fan of Mr. Isakov because his tune, “The Stable Song,” pops up on just about every station she makes.  Algorithms aside, if you haven’t heard this guy yet and you’re into the roots revival that has taken hold as of late, you will want to give him a listen below. You can enjoy the jams in the intimate space just below Grimey’s for just $15. Geoff Koch is also on the bill. Advance tickets available here, things get going right around 9pm. (PS: If you miss him this time because you’re still hanging out on the East Side, he’ll be opening up for the Avetts at their Bridgestone show on May 18th). 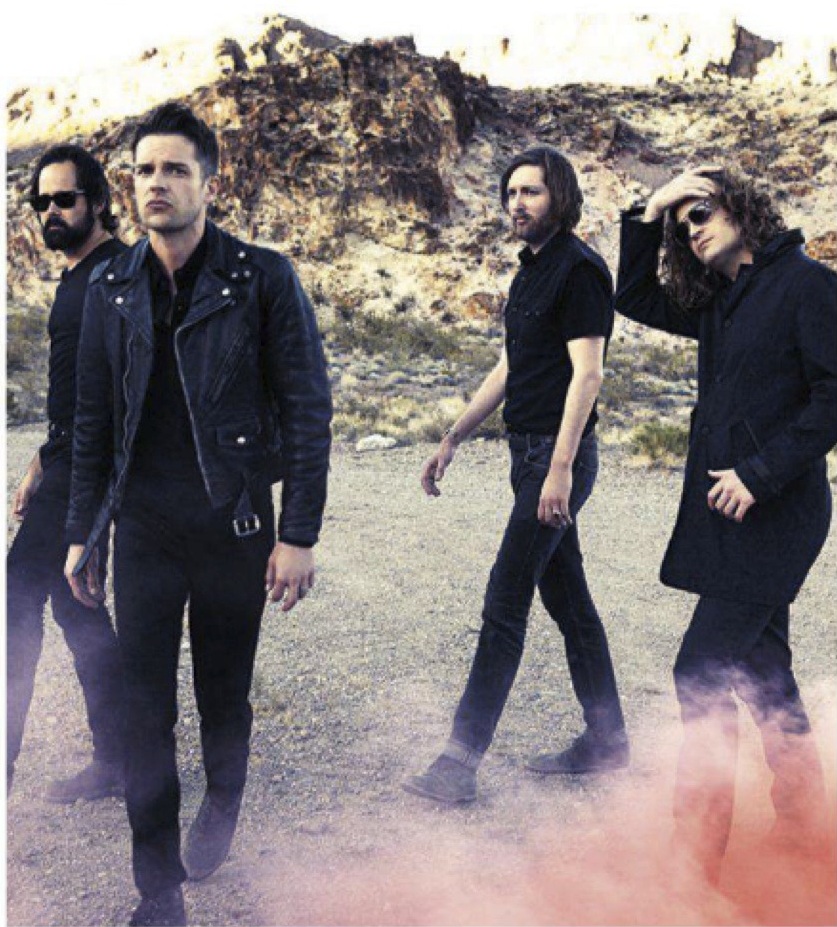 On Sunday, the Killers return to Nashville with their Battle Born World Tour at the Grand Ole Opry at 8pm. The support act hasn’t been announced for this date, but since previous openers of theirs include Tegan & Sara, Two Door Cinema Club & Haim, there’s bound to be a great band that opens the show. (So get there on time!) Tickets are still available here.

If you’d rather close out your weekend with something a bit more punk rock, Alkaline Trio is performing at Marathon Music Works with Bayside and Off With Their Heads. Since the late ’90s, Alkaline Trio have been a staple in the punk and pop punk scene, characterized by their dark, alternative take on the genre. Their latest, My Shame Is True, is the trio’s strongest album in years. New York rockers Bayside have consistently been one of the most beloved, just-below-the-radar pop punk groups in the scene, and have one of the most refined, engaging live shows around. Off With Their Heads land in the slightly more aggressive, punk territory and perfectly round out the lineup. The show kicks off at 7:30 and you can snag your tickets here.