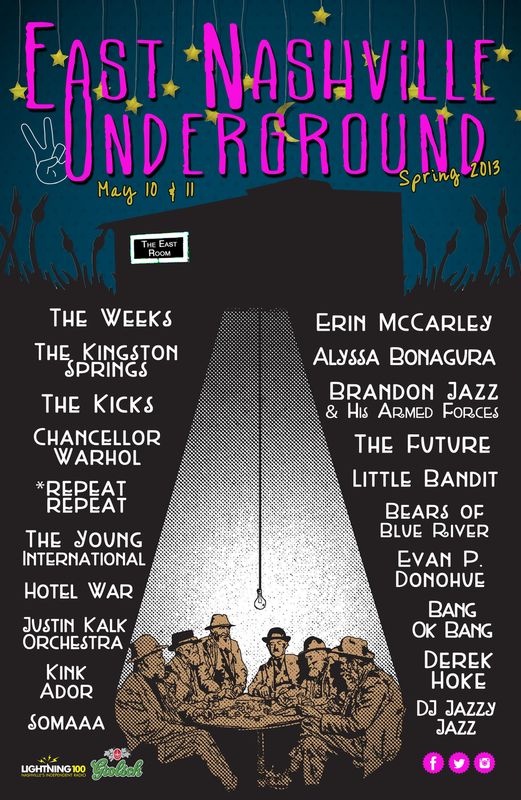 We already gave you the details of Monday’s stellar 8 Off 8th celebration that kicked off this week’s undergound activities, and Philip brought you the scoop on some preliminary details after the announcement party at The Stone Fox back in April. Jessika dug through the Friday night lineup for you, and Matt gave you the rundown on the Saturday Day session yesterday. Today, we turn our attention to Saturday night for one of their biggest closing lineups yet. The May 11th evening session kicks off at 9pm and runs right until 3AM. This is the last season for ENU at The East Room, so let’s send this one out with a bang! Full preview of all the bands are after the jump.

Get your wristbands here and NOW because you know it’s gonna’ be that good kind of sell-out… the kind you get to brag about later for having been there. ($15 for either night, $10 for SaturDAY, or $25 for the weekend). Cliff Notes to the happenings available courtesy of the Corders on Facebook. This season of Underground promises better free beer in exchange for the lack of free liquor, and the Candy Bar is back so you’ll be refreshed all weekend for sure.

The wraps up our preview, but stay tuned for post-show coverage next week! See you underground!