Yes, on the 66th birthday of mister David Robert Jones (David Bowie to the layman), it appears that we might just get to check another box off of the “really unlikely but really awesome stuff we’d like to see happen in 2013” list. Yes, ladies and gentlemen, if you haven’t already felt the news ripple through the blogosphere: The Postal Service reunion is “in the works” for Coachella. The news (rumor?) got started by this post on Brooklyn Vegan, which provides zero details aside from the fact that it is apparently happening (and mentions Coachella in the tags). Brooklyn Vegan is not typically a blog to post rumors or speculation, so although I don’t know their source, I believe that they’re pretty confident about this truly happening. As with all festival rumors, we won’t know for sure until Coachella makes the announcement, but that announcement is coming pretty soon, so this is about the time where leaked info gets more and more accurate. 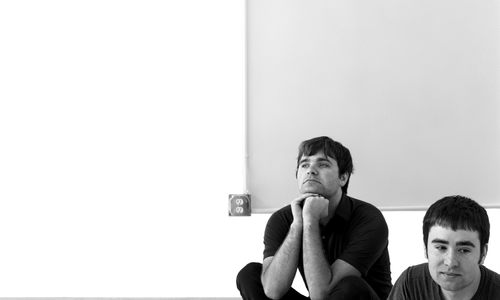 The Postal Service (the super duo of Death Cab for Cutie’s Ben Gibbard and producer Dntel) only released one album, 2003’s Give Up. The timing of Coachella adds some weight to this rumor, because it would be just two months after the 10 year anniversary of the record’s release. The band has, over the years, time and time again dismissed the possibility of a second album. Gibbard addressed and shot down the prospect as recently as the fall of 2012, while promoting his solo album. However, it should be noted that the group most commonly has made statements on releasing new music- not on the possibility of performing. A sophomore record might be a stretch, but a 10-year-anniversary one-off festival performance? Sounds a lot more likely to me. 2013, keep up the good work!