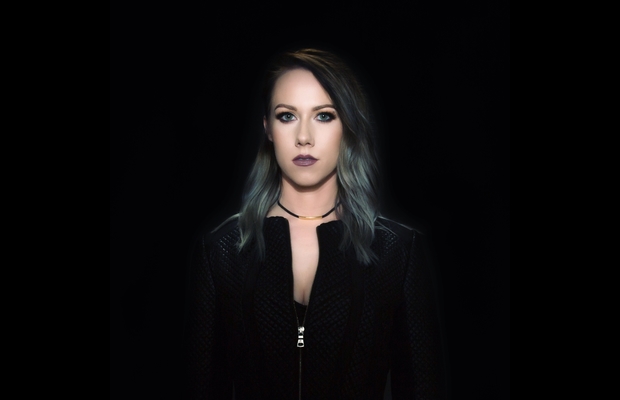 We wrote about local singer Alaina Cross back when she released her debut single as a solo artist after years of fronting hard rock band The Resolute. Now the powerhouse singer has a brand new song out called “Six Ft,” a dark, haunting pop track that keeps the edge she mastered during her time playing rock music.

“Six Ft,” which was written by local songwriters Ryan Kenney and Justin Brooks, starts out with glitchy electronic beats and picks up with a catchy hook before she belts out, “If you want to leave me, you’ll have to lay me six feet down,” followed by a swell of violins. When asked what drew her to the song, she said:

“‘Six Ft’ was written to paint a picture of the range of emotions you go through during heartbreak. Breakups can quickly bring out our crazy side. The song addresses the dark mental space that accompanies a relationship’s demise and speaks to some of the unstable (and slightly creepy) thoughts that often enter the mind in emotional turmoil.

I had been looking for the right song to launch this new project and when I heard the demo of ‘Six Ft,’ I knew the lyrical content and melody was exactly what I was looking for. The first time I heard it I could hear myself singing it, the type of production I wanted, and I saw an entire visual story in front of my eyes. I knew I had to bring the song to life and to the stage.”

It’s safe to say that’s something all of us can relate to in one way or another, so have a listen to “Six Ft” after the jump.