Ty Segall is a busy guy. In 2012 alone, he released three studio albums: Twins (as Ty Segall), Salughterhouse (as Ty Segall Band), and Hair (a split with White Fence). All quite different, all lauded by critics and fans. In just the past five years, he’s released over a dozen albums, even more EPs, live albums, compilations, and contributed to other artists’ projects both live and in the studio. Segall’s from California, but sometimes it’s hard to forget he’s not a Nashville local. It’s not that he has any specific association with the city, or even that he plays here all that frequently (he makes sure to grace us with his presence at least a couple of times of year). No, it’s more like Ty Segall is indie rock’s Kevin Bacon: everyone in the scene could be traced to him in six degrees of separation or less. It just feels like Segall should be counted among Nashville artists because he has so many friends and peers in our scene (and he makes music we’d love to claim). 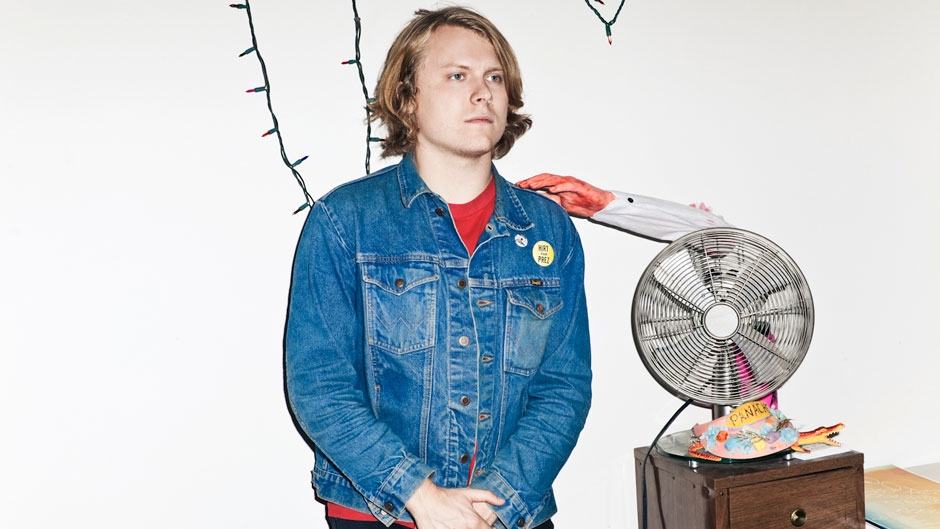 With such a prolific output, you’d expect Segall to slip up and put out something bad, or perhaps even mediocre, every once in awhile. Not only does Ty manage to never release a bad album, but he also never releases the same album twice. Depending on the year and the name of the project, he’s slipped between hard rock, indie rock, psychedelic, lo-fi, and more straightforward rock and roll. He can be abstract just as easily as he can be earnest. Segall last performed in Nashville back in September, to a packed room at the old Zombie Shop. Now is the perfect time to see such an artist: he’s got the back catalogue to make every show interesting and different, he’s got the incredible performance chops, he’s never been more artistically relevant or critically praised, yet he’s still floating just below the mainstream radar enough that you can catch him at fun, intimate venues like The End, where his sound is so perfectly fitting.

Opening group Ex-Cult‘s debut album was produced by Ty Segall (see what I mean about the “Six Degrees of Ty Segall” thing?) and it’s amazing. The band’s sound also bears a lot of the same influences as Segall (well, some sides of Segall), but is distinctly engaging and original in its own right. Ex-Cult’s energetic, lo-fi garage rock is perfectly matched to set the tone for what might just be the best Nashville show of January so far! Don’t miss it!

Ty Segall and Ex-Cult (and possibly another opener) are playing TONIGHT at The End. Things kick off at 9PM and you can still snag tickets here.

Music Calendar, Shows, This Weekend in Nashville May 11, 2018 0 Comments