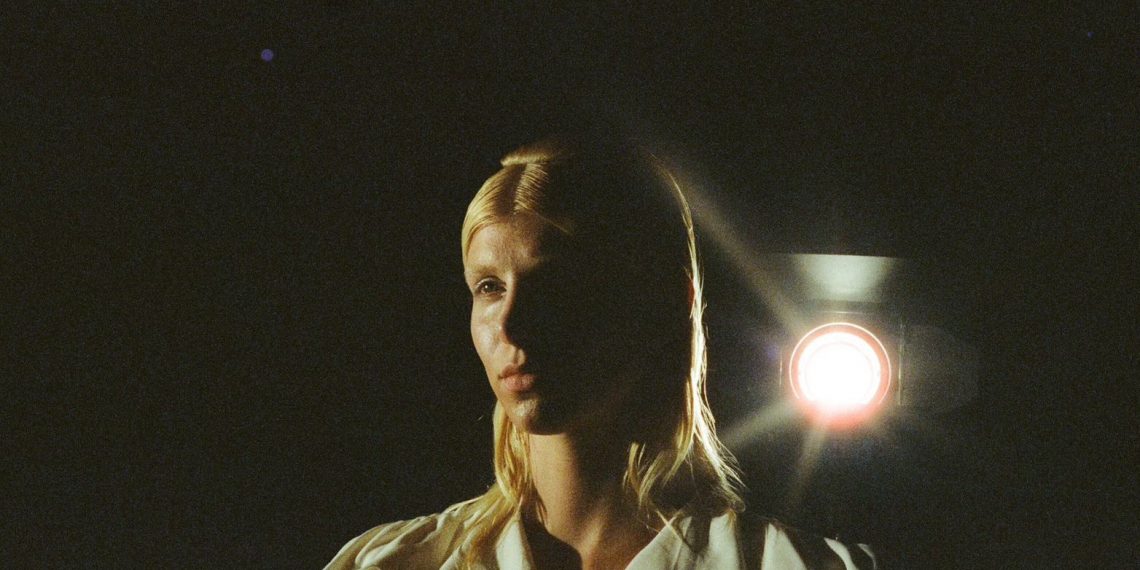 As the avant-pop manifestation of singer, songwriter, and stylist Kayla Graninger, Elke embraces seasonal rhythms on new EP My “Human Experience”. In a time where TikTok videos compromise many projects’ entire visual rollouts, Elke strikes us as a refreshingly brilliant creative director who draws inspiration from nature and connection from a close-knit, local community. Lovely glimpses of life shine through on My “Human Experience”, and Elke shares with us some key moments (and people) from the creation of the disparate collection of tracks.

It’s rhythm. Nature has a beat with the change of its seasons, moments are paced to give you time to jump in a swim a little, then there’s the low tempo that allows you to long for something you’re deeply desiring. One night my friends and I were sitting on our porch amongst the hundreds of crickets chirping and my friend Nick says “you ever just try listening to to one cricket?”

I recently crowd surfed for the first time at the Basement east during a Cobra Man show. I’m 6’1 and really would have never attempted that but with the assistance of my friend Gigi I was hoisted on top of the crowd for what felt like 10 years, it was heavenly.

Who is your creative community in Nashville?.

AJ Gibboney – Director / Editor
AJ has one of my favorite eyes when it comes to detail in editing and on set. He treats his work with  fragility the way that something natural would provide.

Bree Fish – Photographer
Bree has a big talent with composition and color. She’s got a locked in system that brings out the best in people, as well as her personality that guides you through a shoot as a movement director.

Zac Farro – Producer / Drummer / Photographer / Director / CEO of Congrats Records
Zac is a swiss army knife. He has devoted his time to become elite at the many large rolls he takes on. As a drummer he brings rhythm into places you would not normally imagine when it comes to producing. Zac see’s or hears something unique and has zero fear to reach out and grab it.

Nyk Allen – DP
Nyk has literally never failed. He is a champion at what he does and is my first call guy if he’s not busy working with top charters.

Nick Aranda – Bass / Guitar player
One of the most intentional musicians I’ve ever met, he’s incomparable to most because he thinks of 5 ways to play something, what each of them mean, and then picks the one that fits best.

Joey Howard – Bass player / songwriter
Joey has been playing with me since day 1. Watching Joey play live is like seeing the quintessential icon of a music god that inspires kids everywhere to do that when they grow up. He is electric and brings that with him in the writing room also.

I think to truly unlock what you are good at you have to feed a fire inside of you, we all took ours and threw it together to make a non existing thing grow legs and run.

How did Nashville’s creatives, spaces and culture play into your latest project?

There is a studio in my partner Zac and I’s house in Nashville. It’s where we cracked open each egg of a song. It’s a safe zone where a song can’t be ruined or overthought.

Joey Howard and I wrote “My Sweetheart” in his bedroom that was close enough to a train that we’d have to pause our conversation until it passed. I love the train that goes through Nashville.

The first run of photos taken for this project were taken in Shelby Park. I spent the summer hiking there a lot, and one day I decided to take some new trail routes. I walked through a tunnel of trees and on the other end was a pond that curved around mounds of mud, with a pile of nearly 15 turtles that quickly scurried into the water when I approached. The sky was sunny but the clouds were thick gold and gray, a rain would happen in a few hours. I called Zac and told him I was running home to change and we drove back together, walking down the Shelby trail in a gauzy dress with a corset and red lace gloves. We got the shots after walking knee deep in the mud, then got caught in a thunderstorm walking back to the car. What a rush. Shelby Park is where I came up with the description for a cloud to be “Milk Dipped Cloud.”

Track three gives the listener a cocktail break, cleansing the palate with the breezy, after-dinner boss nova of “Zubie Zubie.”  Where is the best place in Nashville to listen to this track?

Cafe Roze. One of my favorite restaurants in Nashville. If I ever get a text from a collaborator that says “Cafe Roze?” It means we just wrapped a project and want to have a great cocktail.

“Lonely Boy” by Becca Mancari
“Pretend” by Becca Mancari
“Indica Bike Ride” by Louis Prince
“Wake Up” by Josh Gilligan, girlpuppy
“Velvet Face” by HalfNoise
“Ordinary Misery” by HalfNoise
“First Time Feeling” by Leah Blevins
“Running” by Snõõper
“Fitness” by Snõõper
“Just A Lover” by Hayley Williams
“Tell Her How You Feel” by Dream Wave
“What A Life” by Volunteer Department
“Tangerine Tree” by Zac Farro
“Dreams” by Liza Anne