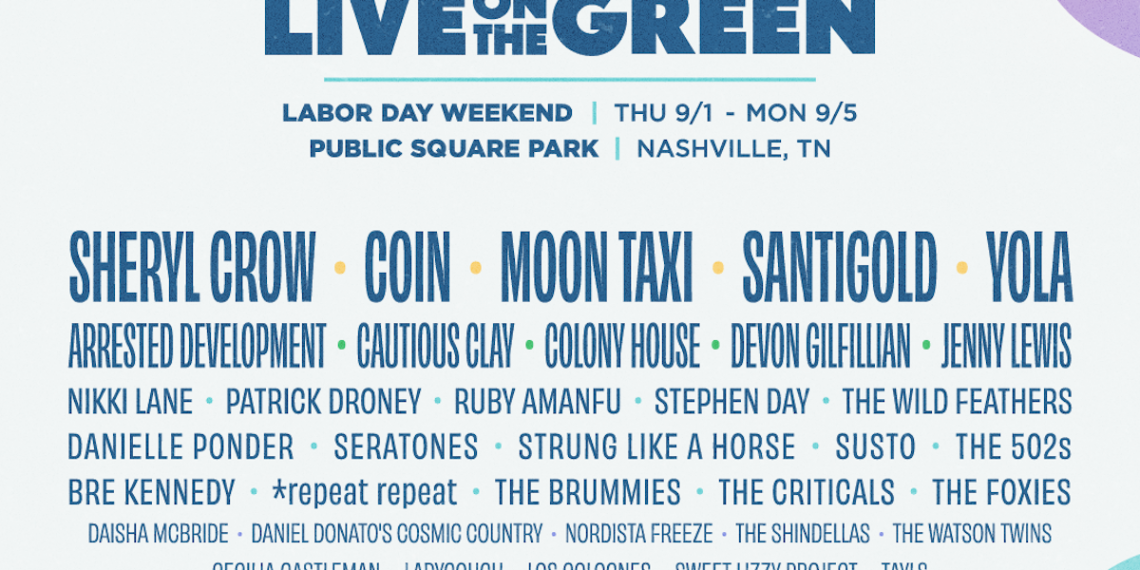 It’s been three long years since the last Live on the Green season, which, like so many fests around the area and beyond, took an extend hiatus due to the pandemic. Founded in 2009, LOTG has long been the city’s preeminent free, outdoor, end of summer music series, and though it’s undergone some changes in format over the years, it’s been an annual favorite of ours since our earliest days.

Save for a really cool virtual edition in 2020, there hadn’t been much concrete info on LOTG’s return until recently, when it was revealed that this year’s 12th season would shift to one long Labor Day Weekend event, running Thursday Sept. 1 through Monday, Sept. 5. Though we miss the weekly Thursday format of early years, the fest was already consolidating its setup since even before the pandemic, moving to a four then three-week format, capped off by a long weekend, making this five-day, more logistically-friendly event an unsurprising development, and one that’ll pack just as much music.

Still totally FREE, all ages, and held in Public Square Park, this year’s LOTG boasts one of the most impressive lineups of the festival’s entire history, boasting Sheryl Crow, Moon Taxi, Santigold, Coin, and Yola as this year’s headliners, along with Jenny Lewis, Colony House, Cautious Clay, Devon Gilfillian, Arrested Development, The Watson Twins, The Foxies, *repeat repeat, Nordista Freeze, The Brummies, and many more local and national performers!

Though general admission is free, those looking for a more premium experience and extra amenities can purchase premium lawn seats, VIP Lightning Lounge access, or access to the VIP Plaza, available as single-day tickets or weekend passes here. Per usual, the fest will be broadcast on Lightning 100, and the site, which features the Main Stage and secondary 615 Stage, will have plenty of food trucks, drinks, and vendors available.

We can’t stress how excited we are to see Live on the Green back in action, and we’ll be sure to give you the rundown on the lineup closer to festival weekend. For now, here’s Live on the Green’s full 2022 schedule: