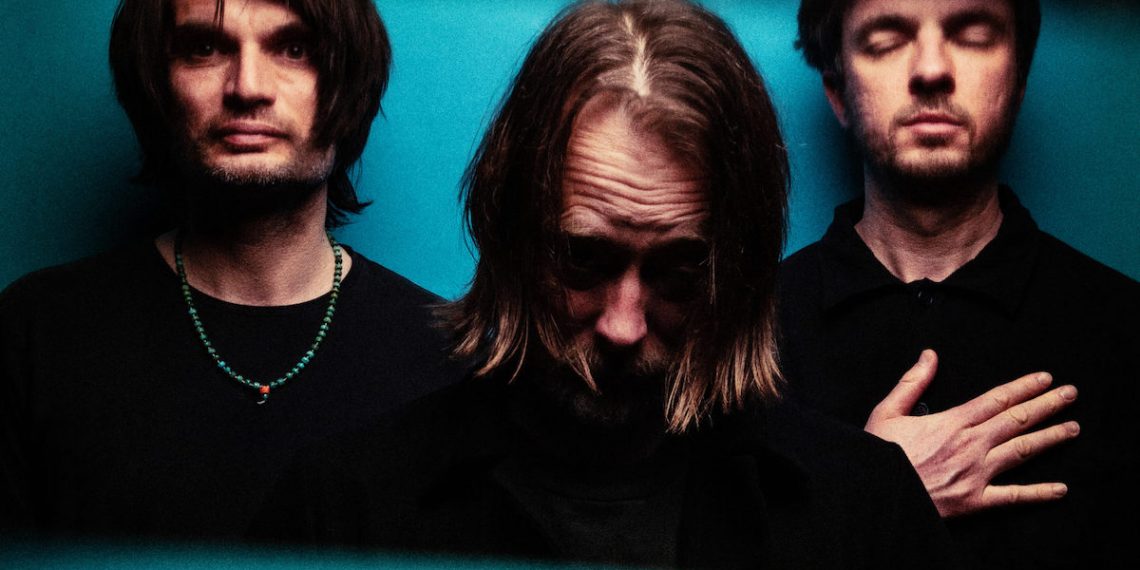 Formed early in the pandemic when they found themselves with unexpected free time and a desire to make music together, English alt rock outfit The Smile features Radiohead’s two most visible members- frontman Thom Yorke and guitarist Jonny Greenwood- along with famed English jazz drummer Tom Skinner (Sons of Kemet). The band made their surprise debut in early 2021 at a live-stream hosted by Glastonbury, and played for an audience for the first time late last year in London. Their debut recorded single, “You Will Never Work in Television Again” dropped back in January to critical-acclaim, and after a string of incredible subsequent tracks, the trio released their first full-length, A Light for Attracting Attention, helmed by longtime Radiohead producer Nigel Godrich, last month, met with the strongest reviews of any Radiohead-offshoot release ever.

Currently on tour in Europe, and receiving the kind of rapturous feedback you might expect from a group of this stature, The Smile’s style is like a sparser, more contemplative version of early Radiohead, while also incorporating more progressive and rhythmic elements, achieving some of the most beautiful, haunting, raw, and scrappy work of their long and celebrated career. Ahead of the physical release of their LP later this week, the band have announced their first-ever tour of North America, set for late this year, and, excitingly, it includes their Music City debut at none other than The Ryman Auditorium on Dec. 3!

If you’re a Radiohead fan, you probably know that the band haven’t made it to Nashville proper since the mid-’90s (though we did see them in Atlanta a few years ago, and they’ve at least played Bonnaroo this century), however another Thom Yorke-led supergroup, Atoms for Peace, did play War Memorial nearly a decade ago. Something about seeing a Radiohead-offshoot at the Mother Church just sounds extra special though, and tickets- sure to be in extremely high demand- go on sale this Friday, June 17 at 10 a.m. CDT right here, with pre-sales set to run throughout the week.