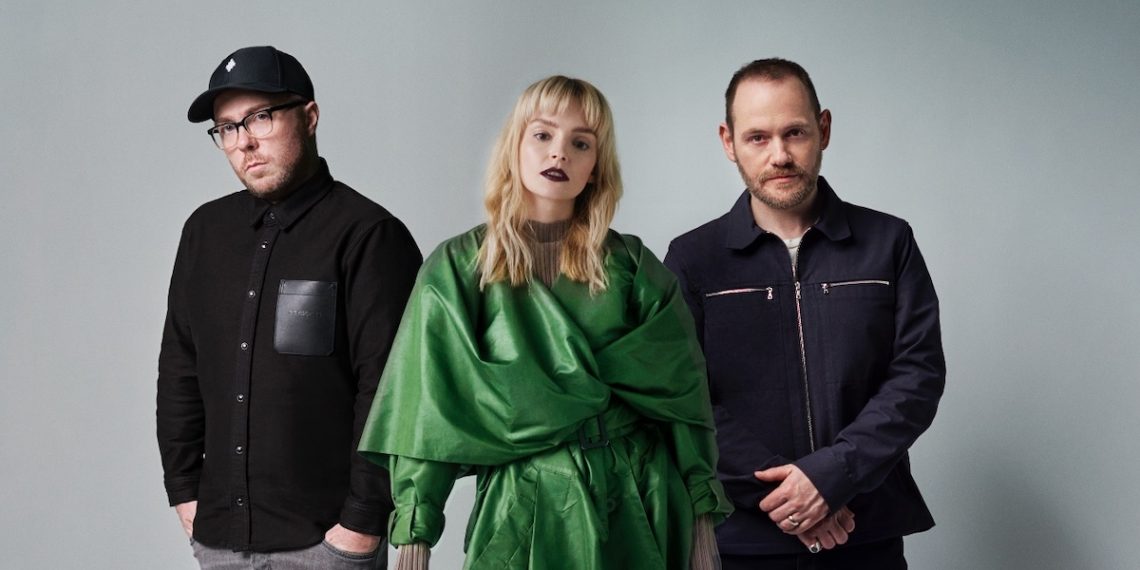 Scottish synthpop trio CHVRCHES sprung to worldwide acclaim after the release of their 2013 debut, The Bones of What You Believe, and have continued to enchant and captivate with their subsequent efforts, 2015’s Every Open Eye, 2018’s Love Is Dead, and last year’s stellar and conceptual Screen Violence. Formed in 2011, the group are made up of synth players/producers/multi-instrumentalists Iain Cook and Martin Doherty, friends and active members of the Scottish music scene for many years, and vocalist/occasional synth player Lauren Mayberry, who performed in various bands before studying law and journalism, ultimately spending time as a writer before forming CHVRCHES (all three came from a more indie rock background, and applied their own spin on a pivot to electronic music). Fiercely self-sufficient, the band have written, recorded, and produced the bulk of their own material (with only their third LP crediting any outside producers), building buzz after a self-released series of early singles, ultimately landing them on Glassnote Records by their debut EP, Recover, and subsequent full-lengths. Initially conceived as a studio project, but prompted to begin performing live after such a strong early response, the group were embraced by the blogosphere ahead of their debut, praised for their textured, synth-laden, and pop accessible sound, which has helped them find endless mainstream appeal, earn hits on alternative radio, and becoming fixtures of the festival circuit, beloved by electronic and pop fans alike. CHVRCHES’ live show is honed and engaging, and now more than a decade into their existence, with an interesting and acclaimed catalog to their name, they’re undeniably one of the best indie pop acts of the decade, capturing the spirit of classic groups like Depeche Mode and New Order, while still harboring a thoroughly modern aesthetic.