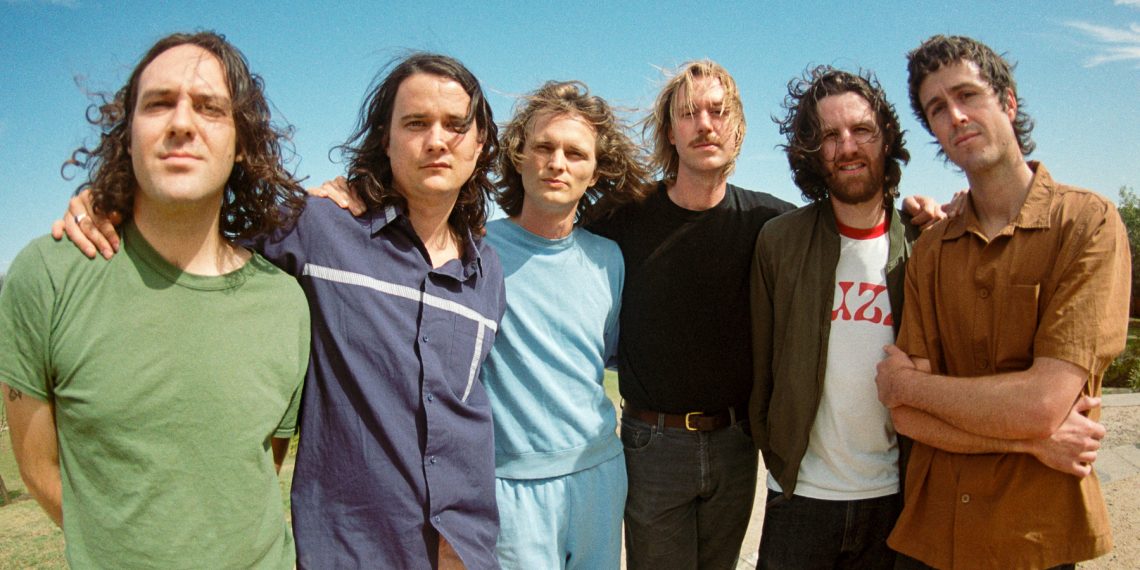 With an impressive 20 albums to their name in just ten years, few popular bands have ever been as prolific as Australian psych-rock genre benders King Gizzard & the Lizard Wizard, who, literally, might have half a dozen new records out between each time we check in. Hailing from Melbourne, Australia, King Gizz started in 2010 as an informal outlet to jam between friends, and cemented their lineup with seven multi-instrumentalists, getting more serious with a series of early, independently released records and EPs which swiftly earned the group attention in Australia and online, and brought label attention ahead of subsequent efforts. Though they’ve most frequently and predominately made psychedelic rock and pop, King Gizz are known for regular musical experimentation, and across their vast catalog have explored surf rock, garage rock, jazz, prog rock, folk, thrash metal, doom metal, acid rock, indie rock, dream pop, and more. Although swift in their output, they’re also very thoughtful and meticulous, giving nearly every release a unique and cohesive thematic concept to match its diverse and broad musicality. After several years of generating acclaim (and even launching their own music fest in Australia), 2017 was perhaps the band’s most pivotal year, featuring a stunning five full-lengths (including one released into the public domain) and universal critical acclaim, helping propel them to one of modern psychedelia’s most popular acts, in league with experimental greats like Frank Zappa or modern peers like The Flaming Lips. Experimenting not just in sound, but in release mediums, visuals, and in literally how a band can operate in the modern era, King Gizzard & the Lizard Wizard have been one of the most fascinating (and triumphant) acts to watch over the last decade, and couldn’t be a more perfect late night set candidate at Bonnaroo!