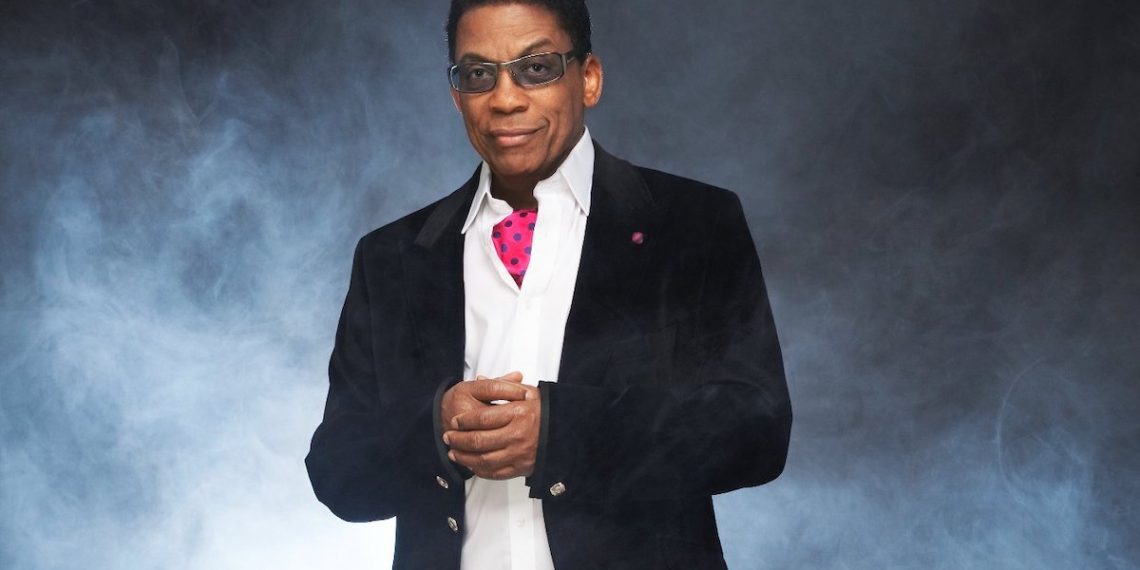 Born in 1940 in Chicago, and recognized as a musical prodigy from a young age, classically trained and notably having performed a Mozart piano concerto with the Chicago Symphony Orchestra at only 11 years old, few artists in modern history have had as profound or long-lasting an impact on jazz, electronic jazz, or r&b over the last six decades as Herbie Hancock. Finding a passion for jazz in his teens, Hancock studied both music and electrical engineering in college (the latter, a passion that would come back to influence his embrace of technology and musical evolution in later years), and was discovered by trumpet player Donald Byrd at the start of the ’60s, relocating to New York where he soon scored a solo contract with the famed Blue Note Records. Herbie’s debut LP, Takin’ Off, quickly found buzz, especially for single “Watermelon Man,” and earned him a fan in jazz pioneer Miles Davis, who invited the piano player to join his new Miles Davis Quintet, cementing a lineup throughout the ’60s that would become hugely influential and legendary, evolving both Davis and Hancock’s individual sounds. Though he’d exited the group the end of the ’60s, Herbie, steadily becoming a popular solo fixture, would continue to collaborate with Miles, and reunited periodically with the Quintet as VSOP from the mid-70s on. An embrace of more electronic and electric elements made him a pioneer of jazz fusion in the ’70s (also providing a treasure trove of work that has subsequently been sampled for hip hop and electronic music in the decades since), and his ’70s group The Headhunters notably took on a mainstream, pop accessible bent, helping them achieve the first platinum selling jazz record in history, and making Hancock a stadium-sized draw. Never content to stay musically idle, Herbie has continuously evolved in the decades since, finding a new wave of fame in the ’80s for his platinum-selling, Grammy winning, genre-bending effort Future Shock, with breakout single “Rockit” fusing jazz with elements of r&b, early hip hop, and dance music to huge success. The ’80s also saw Herbie win an Oscar for his score for Round Midnight, dip his toes into acting, and continuously collaborate with other high profile and influential artists, while also retaining his acoustic jazz roots (and even helping kickstart the career of fellow modern icon Wynton Marsalis). The ’90s saw more collaborations, a Headhunters reunion, a tribute to Miles Davis, and continued prestige, with the ’00s bringing teamups with artists in the pop, hip hop, r&b, and techno realms, as well as a Bonnaroo appearance as artist in residence, and an Album of the Year Grammy (a rarity for jazz artists), for 2007’s Joni Mitchell tribute, River: The Joni Letters. Now in his 80s, Herbie Hancock has never ceased to be a constantly evolving, future-thinking, dynamic artist able to bridge his more formal jazz and classical past with the best contemporary music of any era, proving decade after decade that he’s still a relevant, collaboration friendly trailblazer capable of constant reinvention. The past few years have seen additional great releases and performances, and have also included non-musical honors, awards, and humanitarian and educational positions and recognition. Undoubtedly one of the greatest and most important musical artists in history, to see a living legend like Herbie Hancock at Bonnaroo is a chance you don’t want to pass up!