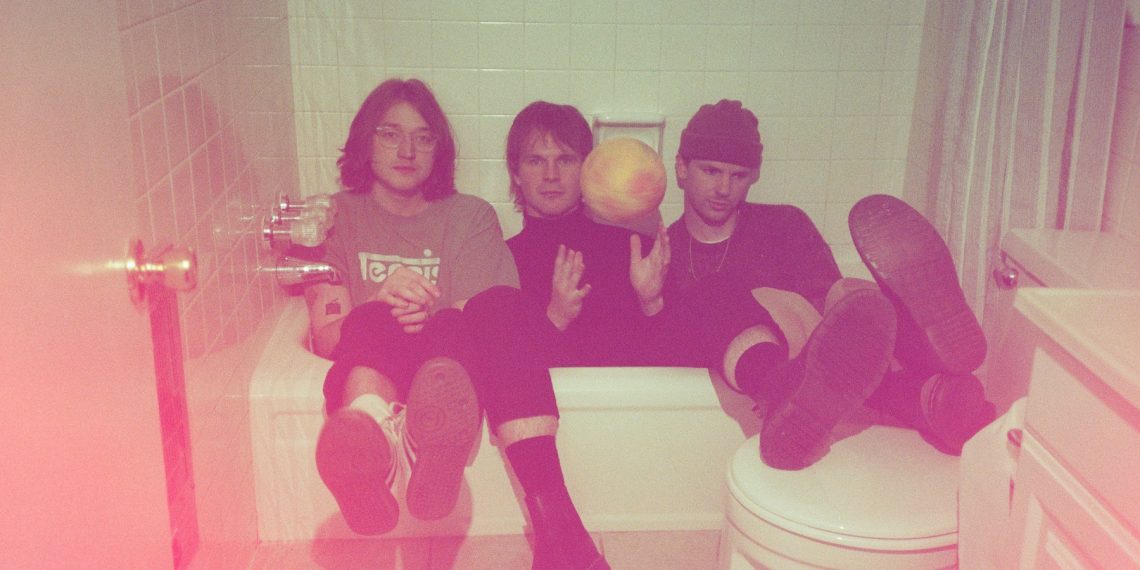 Nashville alternative/indie rock trio Goldpark are a band who, like many up and comers who’ve recently found buzz, had the unfortunate timing of coming together shortly before the pandemic struck, making the first chapter of the career and how they approached connecting with an audience a bit more unorthodox. Formed in 2019 and made up frontman Wes Hunter, guitarist Andrew Smith, and drummer Kyle Neblett, the band landed a record deal with brand new label Hazel Street Records, a joint venture with Sony, merely off the strength of their demos, and dropped their debut single, “Morning Light,” in late 2020, before ever getting to play a proper show. Not being able to hit the road led Goldpark to instead focus on writing and recording what would become their debut EP, the last year’s Goldpark One, which was preceded by a string of singles that helped raise the group’s profile, thanks to their knack for crafting soaring and anthemic hooks and dense and nuanced melody, taking cues from acts like Coldplay, Death Cab for Cutie, and Kings of Leon. The band have since begun playing out around town, and have been touring the nation in recent months, building up a passionate following thanks to the strength of their sound and compelling live show. Originally slated to play last fall’s rained-out September ‘Roo, we’re thrilled to see Goldpark are once again set for two performances this time around: Wednesday at Plaza 5’s Galactic Giddy Up for those who arrive early, and a prime Friday slot on The Who Stage. Since that would-be ‘Roo last year, Goldpark have treated us to a couple of new singles, a cover of New Radicals’ classic “Get What You Give” and most recent original “Lady Lightyear,” a first taste of their forthcoming Goldpark Two, further honing their musical ethos and finding more online buzz, and teamed up with fellow No Country fave and fellow Bonnaroo performer Bre Kennedy on recent track “Killer Queen (What I Need).” A local act you should definitely be keeping an eye on, Goldpark seem bound for big things, and a chance to see their Bonnaroo debut at this exciting early stage of their career is something special.