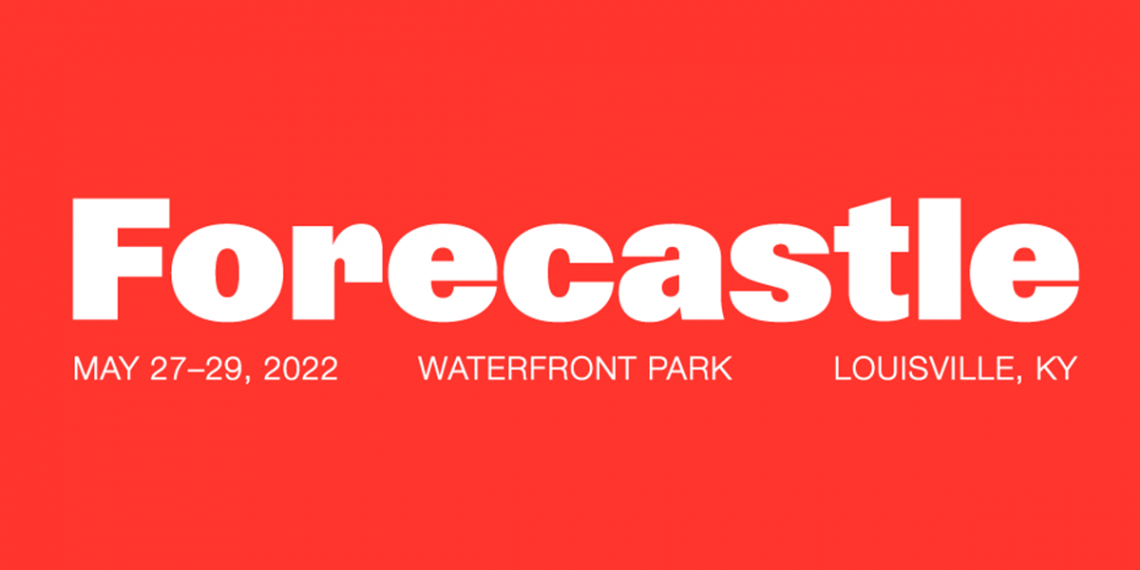 Louisville’s Forecastle Festival is one of our favorite annual events; a manageably-sized, well-curated, extremely fun and organized festival in a nearby city we love to visit. Returning for 2022 after two years off due to the pandemic, the fest- initially founded in 2002- trades its traditional July timeframe for Memorial Day Weekend, May 27-29, this time around (which, given the brutal summer weather in some prior years, sounds pretty sweet to us), returning once again to Waterfront Park.

When announced at the start of the year, we immediately noticed that Forecastle got a bit of a facelift during the pandemic, not only adapting a more modern and trendy aesthetic with their branding, but also with a paired-down, very strong lineup of hip hop, pop, indie, and EDM. Gone are the smallest stage (RIP Port Stage) and the clever but somewhat under-appreciated Party Cove, in favor of a more focused three-stage lineup that makes set-hopping a lot easier, and has virtually no weak spots from top to bottom.

With Forecastle’s return right around the corner, and set times already announced, the Louisville fest has just given us some final news drops before it kicks off: the map, the food and craft vendors, and the activations around the park, which include alcohol sponsors, a Liquid Death Country Club, a lounge sponsored by hello products, and more. No huge surprises here (the site shrunk a bit, eliminating the top right corner where the fourth stage, Party Cove, and Ferris wheel once stood), but all in all, it looks like things are shaping up to be another great year!

Check out the map and schedule below, visit Forecastle site for vendors and things to do around the park, and keep an eye out for our lineup guide and coverage from the fest coming next week!