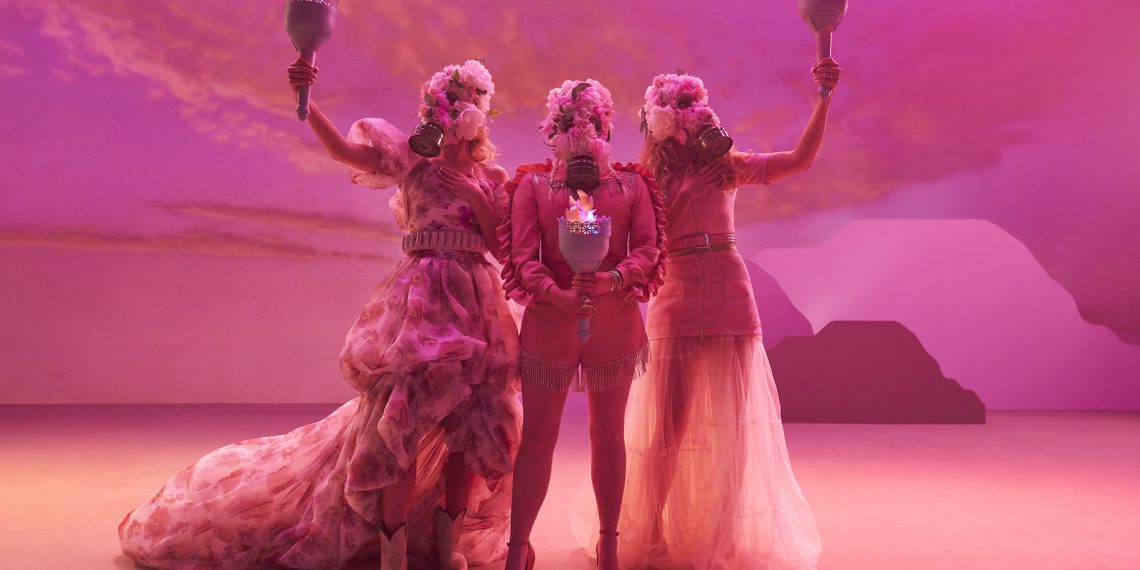 Previously and most famously known as The Dixie Chicks, a moniker which they wisely amended a couple years ago, The Chicks formed in 1989 in Dallas, Texas, and were initially a more traditionalist bluegrass band. Though they built up a niche following within Texas and Nashville for their earliest efforts, it was the addition of singer Natalie Maines- joining sisters and multi-instrumentalists Emily Strayer and Martie Maguire- as well as a shift to a more contemporary, pop accessible (yet still bluegrass informed) country sound, ahead of their 1998 major label debut and breakout album, Wide Open Spaces, which made The Chicks superstars. The next few years would include tens of millions of record sales, critical and commercial milestones, Grammy wins, world tours, and chart-topping hits like “Wide Open Spaces,” “Cowboy Take Me Away,” and “Goodbye Girl.” After expanding their mainstream appeal with 1999’s Fly, and settling a label dispute which saw them form their own imprint, the trio revisited their roots with stripped-down, more traditional 2002 LP Home, which notably found hits in two iconic covers- “Landslide” and “Travelin’ Soldier.” It’s strange to think about it now, in an era of political divisiveness and social media oversharing, but 2003 is the year that would change The Chicks’ trajectory for the last two decades, after speaking out against then-president Bush and the the war in Iraq sparked backlash from the group’s conservative country fanbase. Their subsequent Rick Rubin-produced album, Talking the Long Way, and earned the band more Grammys, but was met with chilly response from the country establishment. They never officially disbanded, but the band’s activity became more intermittent in the decade or so after, opting to occasionally tour and appear at fests, release music with other projects, and to champion the progressive social causes which have always been part of their ethos. A 2016 world tour would serve as something of a comeback, and a (ever so slightly) more progressive modern country industry has increasingly reembraced the groups as the icons they are more recently. In 2020, after 14 years, The Chicks finally regrouped for a new album, tapping Bleachers’ Jack Antonoff to helm what’s easily the band’s most uninhibited, modern, progressive, and original work ever- Gaslighter. Legends in their own right and a legendary get for Bonnaroo, The Chicks aren’t the headliners we were expecting, but we’re so incredibly excited to see them at the fest!