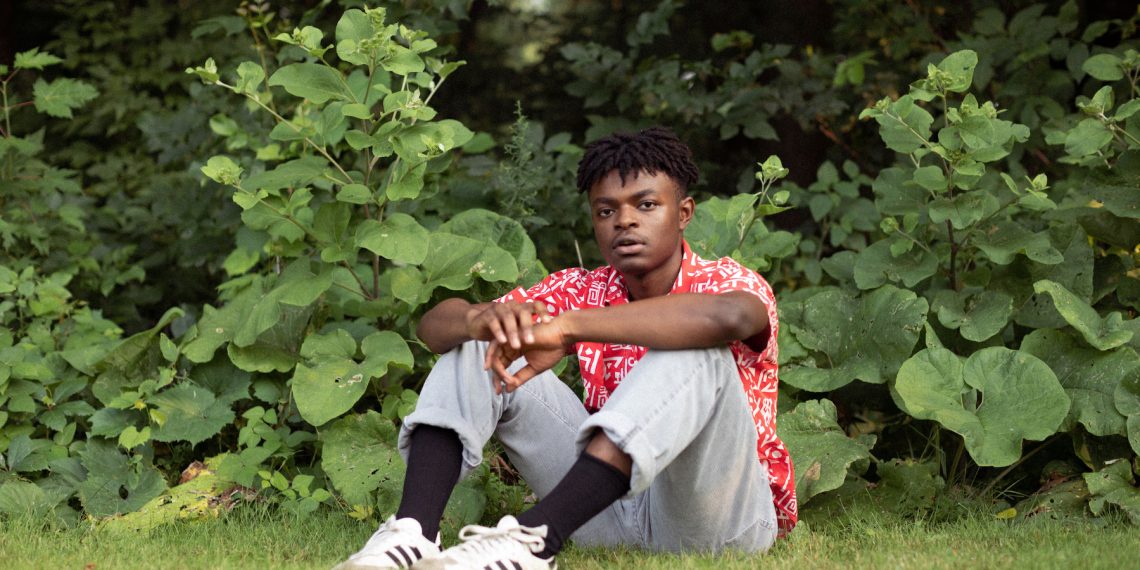 Raised in the Democratic Republic of Congo, Bobby Kabeya, who makes music as Miloe, immigrated to America in 2009 at age eight, when his mother and siblings moved to Minneapolis to rejoin his journalist father, who’d sought political asylum three years earlier due to his work uncovering government corruption back home. Inundated with musical appreciation from an early age (his parents, who met through choir, named him after Bob Marley, and enrolled him in piano lessons at six), Kabeya furthered his interest in music stateside, playing drums in church choir and kicking around in rock bands during high school, before trying his hand at solo work in 2018, adopting the moniker Miloe in reference to Coldplay album Mylo Xyloto, when he felt the need to come up with something catchy in a pinch. An eponymous early EP was enough to garner buzz online and build a local following, but it was 2020’s Greenhouse EP, with production help from fellow Minneapolis indie rock outfit Hippo Campus, that really brought Miloe to wider recognition and achieved viral success with singles like “Winona” (named for Winona Ryder, or, more specifically, a girlfriend who resembled her). Nabbing a record deal with buzzy indie label Loma Vista and, after an initial Covid delay, touring the country with Beach Bunny, Miloe has received endless critical acclaim from virtually every tastemaking outlet, heralded for his thoughtful, dreamy, and resonant style of bedroom indie pop, informed both by his love for American indie music, as well as the ethos of the Congolese rumba he was raised on. The now 21-year-old is prepping to release his third EP, Gaps, this year, with recent single “where u are” touting a slicker and more sonically honed and musically expansive evolution of his ethereal indie sound. Undoubtedly one of the most talented up-and-comers on this year’s Bonnaroo bill, Miloe is almost certainly destined for main stage status sooner than later; don’t miss on a more intimate stage while you still can!

WATCH | “where u are” (Official Music Video)