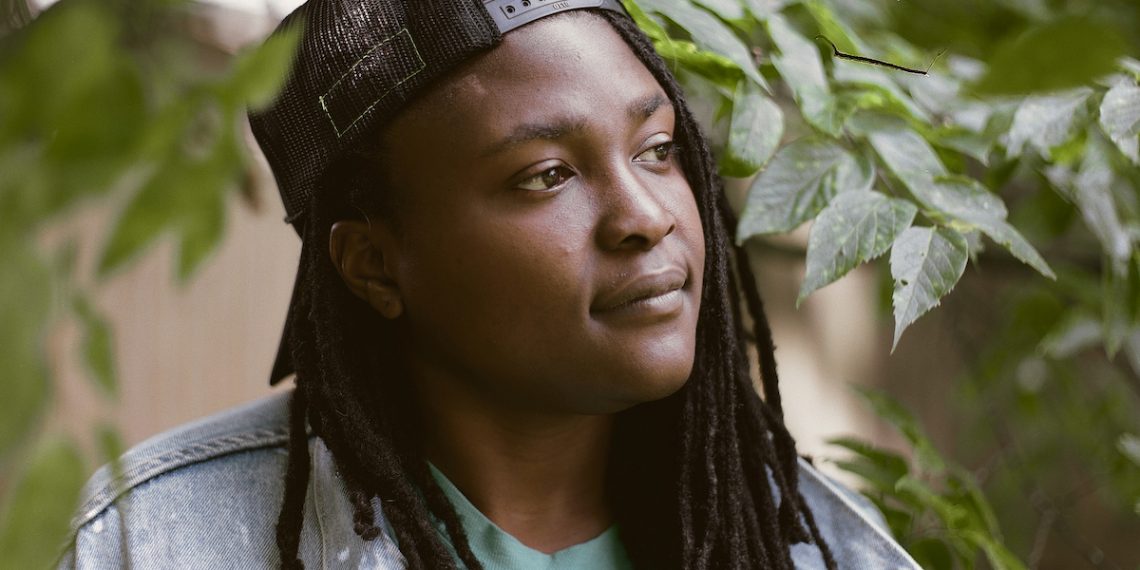 Born in Arizona to Nigerian parents, genre-bending singer-songwriter Joy Oladokun spent a stint in Los Angeles pursuing music after college, before eventually landing in Nashville, where she’s become a staple of the local scene in recent years (you’ll likely recognize her from our playlist, as well as from regular live performances around town, including at prominent events like Nashville Pride). Inspired to pick up a guitar at age 10 after seeing a video of Tracy Chapman, Oladokun’s upbringing was shaped by time in the church in her youth, and, ultimately, reconciling that with navigating her identity as a queer, Black woman in America, all of which has provided fuel for her incredibly earnest, confessional, and deeply personal songwriting style, honed over a debut EP in 2015, and three subsequent LPs. The latest, this year’s In Defense of My Own Happiness, which marks Joy’s major label debut, is actually an expansion on her 2020 independent effort, In Defense of My Own Happiness (The Beginnings), and feels like the perfect distillation of the talented artist’s lifelong affinity for folk, r&b, pop, rock, and country music, deconstructing her songwriting down to an essence that feels versatile enough to change styles and moods from song to song, and even within individual tracks, and featuring inspired guest spots from the likes of Maren Morris, Tim Gent, and Penny and Sparrow. Her songs have been resonant enough to land placements on a variety of popular television shows, and have landed Oladokun performances on the late-night TV circuit, as well as a handful of other fests, but when she arrives at Bonnaroo, it’ll be for a prominent afternoon tent slot, easily one of the most essential performances of the festival’s first day; don’t miss it!