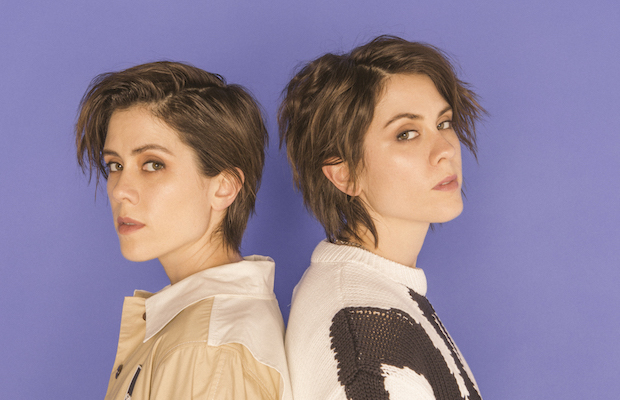 Canadian indie pop identical twin sister duo Tegan and Sara have been actively making music together for around 25 years, with nine fantastic full-lengths, most recently last year’s Hey, I’m Just Like You, to their name. The group first found indie acclaim two decades ago, and spent the ’00s steadily rising in recognition, making the major label jump and finding more mainstream success with fifth and sixth albums The Con and Sainthood. Though their roots are in alternative, indie, and even punk, it was 2013’s Heartthrob (and their subsequent Academy Award nominated contribution to The Lego Movie) which unabashedly embraced the sisters’ pop tendencies, that became their biggest breakout success, propelling Tegan and Sara to new commercial heights, landing them tons of radio play, bagging tours with huge acts, and increasing their presence on television and at music festivals.

While great 2016 followup Love You to Death largely built upon Heartthrob, last year’s most recent and ninth album, Hey, I’m Just Like You, conceived of and recorded while working on their critically-acclaimed memoir, High School, which also released last year, marked a celebration of their roots, consisting of re-recorded (and sonically updated) demos of unreleased songs from their earliest years writing together as teens. The result is a wonderful bridge between youthful perspective and adult musical polish, and, though they embarked on an intimate acoustic tour and memoir reading in celebration last year (even stopping at Nashville’s CMA Theater), we’re beyond thrilled that the beloved duo have announced a proper full-band tour set to run throughout the spring and summer, including a Aug. 30 stop at Music City’s brand new Brooklyn Bowl with IDER and Claud!

Addressing the string of cancellations that have plagued recent events due to concerns over Coronavirus, Tegan and Sara have announced that they plan to monitor the situation while remaining optimistic. Additionally, they’re seeking to combat the rise in ticket scalping by largely forgoing pre-sales, keeping shows GA wherever possible, and mailing out tickets just a couple weeks ahead of time. You can snag yours for Nashville’s all ages event beginning Friday, March 13 at 10 a.m. CDT right here, plus check out the duo’s official video for “I’ll Be Back Someday” below, along with a full list of tour dates!