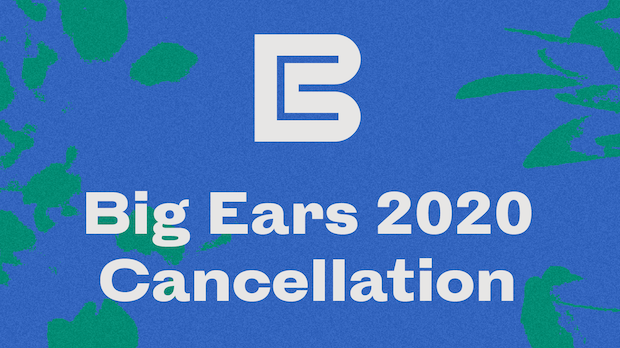 As the United States struggles to manage the growing number of cases of Coronavirus/COVID-19 rapidly spreading across the nation, including here in Tennessee, large-scale public events, including early season music festivals, are falling subject to cancelation or postponement seemingly each day.

Already, Miami’s March Ultra Festival was “postponed to 2021,” and Austin’s March SXSW was outright canceled for the first time ever, while Southern California’s Coachella was just moved from May to October. And as we look ahead on the calendar at more regional events, there’s no word yet on April’s New Orleans Jazz Fest, or May events Hangout Fest (Gulf Shores, AL), Beale Street Music Fest (Memphis), or Shaky Knees (Atlanta). (Expect later season events like Bonnaroo and CMA Fest in June, Forecastle in July, Live on the Green in August and September, and Pilgrimage in September to assess the situation as long as they can before making a call, unless things begin to rapidly worsen or  they’re pushed by government or external pressure.)

Unfortunately, one local fest- the kick off of the season- has just become Tennessee’s first COVID-19 related music festival cancelation, only two days after announcing otherwise: Knoxville’s Big Ears Festival, which was set to take place in just a few short weeks, March 26-29. As we mentioned earlier this year, the boutique fest is an absolute hidden gem amidst a crowded festival landscape, and this year’s lineup, which was set to feature Patti Smith, Thundercat, John Paul Jones, and many more (often worldly, lesser-known) artists, blending music, film, art, and community engagement, and hosting a genre-defying array of performers in all kinds of conventional and unorthodox spaces, was poised to be one of the season’s coolest outings.

Unlike some other postponed and canceled events, which seem to be attempting to lock fans into exchanging their tickets for a future year, Big Ears will be refunding ticketholders outright, despite expressing a hope that the event might be able to regroup and take place later in 2020.

Read a statement from founder/executive director Ashley Capps below:

It has become clear that we must cancel Big Ears 2020, scheduled for the weekend of Thursday, March 26 thru Sunday, March 29.

Just 48 hours ago, we were optimistic that there was a path forward; but with events surrounding COVID-19 developing rapidly along with the obvious need for urgent steps to contain its spread, we simply cannot move forward with the festival as scheduled.

This has been a tough decision. Not only is the principle that “the show must go on” woven into our DNA, but the impact of this cancellation on the community that makes Big Ears possible — the artists, the festival attendees, our staff and production teams, and the Knoxville community with all of its businesses and workers — cannot be overstated.

We will be offering refunds to all ticket purchasers (assuming you purchased your tickets from our authorized vendor, Front Gate). Within the next day or two, we will be emailing ticket holders with information about the process for securing your refund.

We are grateful to those of you who have inquired about converting your ticket purchase to a tax-deductible donation. This is indeed possible and we will include details about that option as well.

We are very grateful for the kind words and support that we have received from so many of you. We believe in Albert Ayler’s proclamation that “music is the healing force of the universe” with all of our heart and soul. A mere two weeks ago, the New York Times called Big Ears “…one of the world’s greatest music bashes.”  We will be back to live up to that accolade as soon as we possibly can. At the moment, it is too early for us to assess if we may be able to reschedule the festival for sometime later in 2020; for now, we need to pause and refocus.

These are difficult times. We urge you to stay healthy and do whatever you can to help one another and to make this a better world. We’re counting on you.

Our thoughts go out to the whole Big Ears team, and we hope to see the fest back and better than ever soon! As far the potential impact of Coronavirus on future events, we’ll be keeping you updated as soon as other regional fests announce their plans.