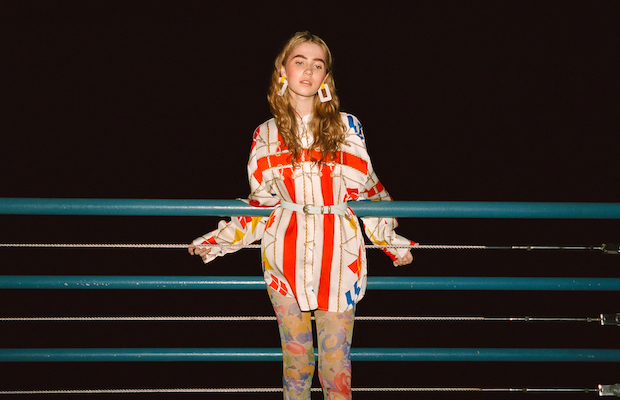 Born Claire Cottrill and hailing from the suburbs of Boston, indie pop sensation Clairo seemingly exploded overnight thanks to the viral success of her early single and accompanying video, “Pretty Girl,” in late 2017. However, the now 20=1-year-old’s musical aspirations began several years earlier, when, around 13, she began learning guitar and self-recording early original tunes and covers, uploading songs to Bandcamp and SoundCloud, experimenting with making beats and producing DJ mixes, and filming short clips and covers for YouTube, all of which attracted very modest attention and served as something of a creative, online diary apart from her real life as a teen. While she did receive a bit of early buzz, including a feature in Rookie magazine and some attention from MTV, it wasn’t until a spontaneous, lo-fi, self-recorded video for “Pretty Girl,” using her decided moniker Clairo, perfectly capturing the tune’s lax, synth-drenched, DIY sound, struck a chord and resonated throughout YouTube, achieving unexpected viral success while Cottrill attended her first semester of college, ultimately racking up millions of plays, landing praise from blogs and national press, and earning Clairo major label attention.

With a few more viral tunes swirling around, Claire inked a deal with the Fader Label and signed with Chance the Rapper’s manager, rapidly growing a sizable, Gen Z-skewing fanbase as both a buzzworthy musician and a bonafide YouTube star, and released her debut EP, diary 001, in 2018, to broad acclaim. Soon opening for acts like BROCKHAMPTON, Tyler the Creator, SZA, Dua Lipa, and Khalid, the past couple of years have seen Clairo become a meteoric new force in the indie sphere, all before her highly-anticipated debut LP, Immunity, dropped last summer, propelling the young artist to breakout fame and earning a ton of playlist and airplay for singles “Bags,” eventually leading to high profile festival and TV appearances as she became indie’s new it-girl throughout 2019.

A late night Bonnaroo spot last summer notwithstanding, since her arrival onto the scene, we’ve been clamoring for a Clairo show in Nashville proper, and, finally, we’ll get just that on July 20, when the young singer leapfrogs the small club circuit to make her Music City debut headlining Marathon Music Works! Given all the well-deserved buzz (Immunity is, without a doubt, one of the strongest indie rock debuts in recent memory), we wouldn’t be surprised to see this one sell out quick, so we’d suggest grabbing your tickets right here while they last! And not that you should need any extra convincing, but the addition of buzzy local artist Dreamer Boy, who seems destined to follow a similar trajectory to indie acclaim, has been tapped as an inspired choice to open.