Against Me! & Baroness to Play Brooklyn Bowl May 26 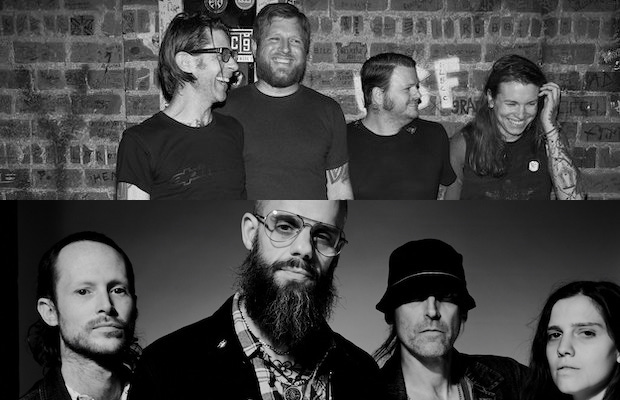 It’s only been about two and a half years since acclaimed punk outfit (and long-time site favorite) Against Me! last played Nashville, then still touring in support of their most recent LP, 2016’s Shape Shift with Me. The time since, however, has been particularly eventful for the group, who, throughout the last decade, have seemingly almost fizzled out on numerous occasions, but always manage to come roaring back to life better than ever. In late 2017, original bassist Dustin Fridkin joined the group for a one-off performance, his first in 15 years, to play their debut LP in full at Florida’s The Fest. Then, a few months later, Andrew Seward, the band’s longest-running bassist, who’d departed in 2013, rejoined, replacing Inge Johansson. Later in 2018, frontwoman Laura Jane Grace released her first solo full-length, and toured with a new backing band called The Devouring Mothers. Then, last year, Against Me! played a run of shows where they played four albums in full across two nights. Throughout it all, the group have been working on a long-awaited new album, and though a release date has not yet been revealed, they’re roaring back to action this spring with a run of tour dates, which returns them to Music City May 26 to play brand new venue Brooklyn Bowl!

Though Against Me! are more than enough to make this one of the year’s most-anticipated shows, the surprising but well-suited addition of Georgia sludge/alt/stoner metal group Baroness as co-headliners makes this an even more intriguing bill. Since breaking out a decade and a half ago, the group have become one of the most interesting fixtures of the modern metal scene and have become consistent critical favorites, with their most recent and fifth album, Gold & Grey, ranking among their career best. New York post-hardcore punks Drug Church, who inhabit a great mid-point between the headliners, have been tapped to open, and tickets are available right here while they last! Check out a full list of dates below.