The Rolling Stones to Play Nissan Stadium May 20 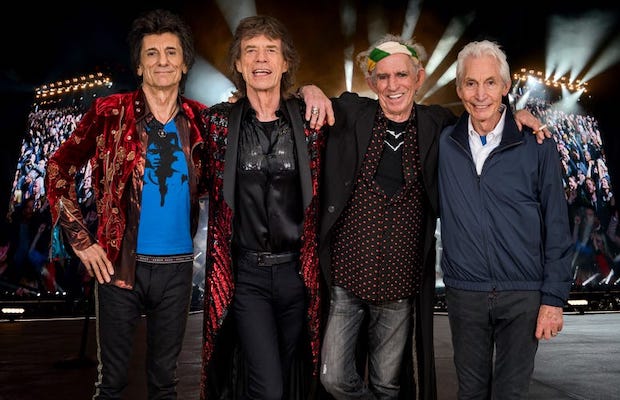 One of the last great rock and roll juggernauts of the 1960s still actively touring, English rock stars The Rolling Stones are one of the most well-known, celebrated, and successful acts in musical history. While they haven’t released an original album since 2005’s A Bigger Bang (though they did notably drop a cover album, Blue & Lonesome, four years ago), the band- now all in their 70s- continue to emerge every few years to tour the world, consistently mounting some of the most massive, highest-grossing, and most critically-acclaimed performances in live music. The group have only played Nashville twice in the new millennium, a 2002 outing at what’s now Bridgestone Arena, and most recently a 2015 stop at what was formerly LP Field. And when they return May 20, part of a new leg of dates for their No Filter tour, a run which kicked off in 2017, and has made its way from Europe to North America with a handful of shows each year since, it’ll once again be at the Titans’ home field, now Nissan Stadium, Nashville’s largest space for live music, and one few acts are large enough to fill.

This tour has reportedly featured an entirely new set list from the band’s last, mixing many of their ubiquitous, massive hits with more career-spanning deep cuts. And while there’s been no formal announcement of the run being any kind of farewell tour (virtually every tour they’ve undertaken for decades has, to at least some degree, been speculated as such), the reality of their advancing age inevitably means there’s no guarantee when, or if, the band will be back to Music City. That should, by default, make this concert a must-see for any classic rock fan, and though pricey, we can attest that the band’s larger-than-life live show is still worth every penny. Check out a full list of dates below and get tickets right here!