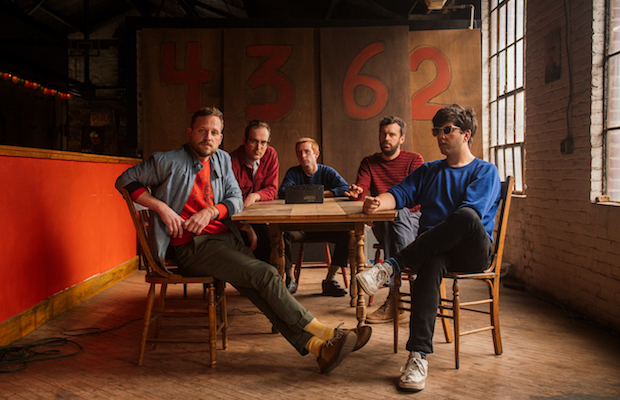 Formed just over two decades ago, Philadelphia’s Dr. Dog began forging their psychedelic and folk-tinged indie rock sound as a fiercely independent act, earning a cult following and regional fame before attracting national attention throughout the early and mid-’00s, boosting their reach thanks to early tours with the likes of My Morning Jacket. It was 2010 sixth album Shame, Shame, however, that first earned the band far broader attention and intentional acclaim, setting them on a trajectory in the years since that’s included bigger and better tours, festival dates, and five more excellent full-lengths, including 2018’s most recent, Critical Equation. Genre-bending, earnest, and eclectic, Dr. Dog harbor mass appeal because their nuanced and resonant sound makes them a match for a wide variety of bands and shows, and their return to town for the first time since a 2018 spot at Live on the Green (and first Nashville headliner in nearly four years), tonight, Feb. 7 at Marathon Music Works, is certainly one of the weekend’s most essential happenings. We’re excited to see that tickets are still available, but they’re not likely to last, so snag your spot here while you can!

Opening things up, Maryland singer, songwriter, and multi-instrumentalist Michael Nau, perhaps best known last decade for fronting indie, folk, and psych tinged groups Page France and Cotton Jones, has been forging an impressive solo career since beginning to record under his own name in 2016. Built from a selection of several years’ worth of written material that was never fully realized, Nau’s debut, Mowing, arrived through Suicide Squeeze, channeling the sounds of his former projects but with a more personal and earnest bent. Michael’s output since has been prolific, with sophomore effort Some Twist arriving in 2017, third album Michael Nau & the Mighty Thread in 2018, and his latest, Less Ready to Go, continuing his shift towards a more dreamy, reverb-soaked indie pop sound. A seasoned and versatile performer who’s already building a respectable solo catalogue, Nau is a seriously compelling reason to be punctual.