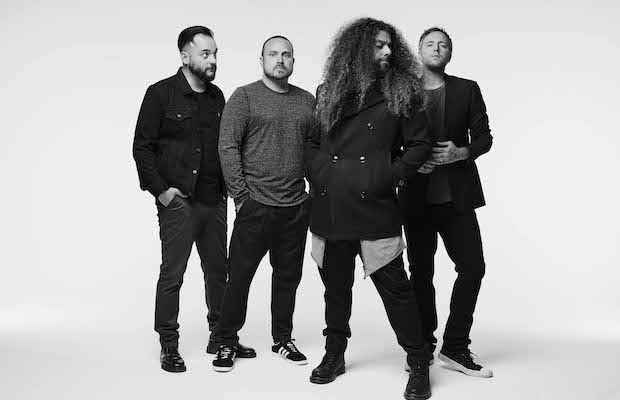 Hailing from upstate New York, Coheed and Cambria‘s origins can be traced back more than two decades, when their pre-Coheed project Shabütie formed in 1995, eventually laying the groundwork and forging the sound that would help propel their explosive debut as C&C, The Second Stage Turbine Blade, to critical indie acclaim in the early ’00s. At first adopting a more conventional post-hardcore sound, Coheed quickly became more experimental, and after the breakout success of their fan-favorite sophomore effort In Keeping Secrets of Silent Earth: 3, the band jumped to the major label world and fully embraced their classic rock, progressive, and metal tendencies, with commercial smash Good Apollo I’m Burning Star IV, Volume One (even if you don’t think you’ve heard a Coheed track, you’d almost definitely recognize lead single “Welcome Home”). Given their genre-bending sound, the group have found crossover success from various musical communities, sharing the stage with pop punk groups, hardcore acts, and mainstream metal bands. Though originally lumped in more with the punk scene, they’ve proven to have much broader commercial appeal and staying power, now with nine LPs, three live albums, and endless high-profile tours to their their name. For most of their run, they’ve served as a vehicle for Claudio Sanchez’s science fiction storyline, The Army Wars, and after taking a detour for a release, they returned to it with most effort Vaxis – Act I: The Unheavenly Creatures, in 2018.

In recent years, Coheed have seemingly been alternating between nostalgic celebrations of beloved past works through a series of “Neverender” tours, and turning an eye to the future as they release new albums. For this tour, they’re doing the former, embarking on another Neverender run where, this time, they’re set to play landmark fourth LP Good Apollo, I’m Burning Star IV, Volume II: No World for Tomorrow, in full, along with other favorites. Needless to say, this show should be a must for any diehard fan, and tickets are available while they last right here!